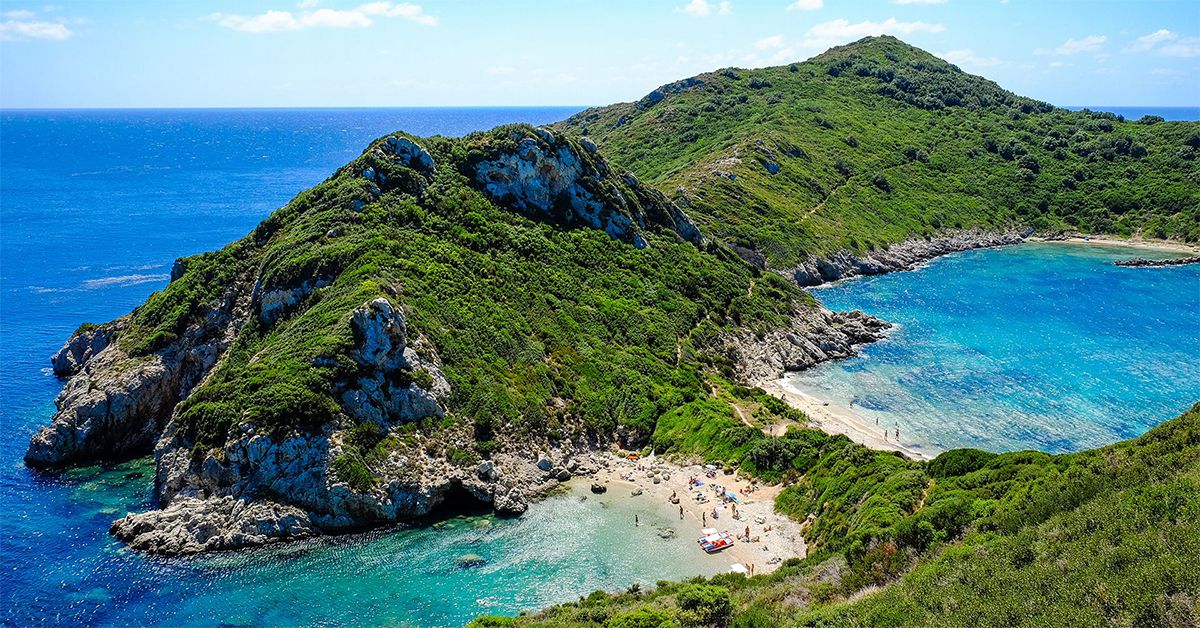 The verdant island, the island of the Philharmonics, the mythical island of Faiakes for some, Corfu of Agios Spyridonas, Corfu of tourism, Corfu of culture, all of the above and many more characterize Corfu, the northernmost island of the Ionian Islands and second in size after Kefalonia. The dense vegetation, the countryside filled with cypress and olive trees, the dozens of beaches, which form a coastline of 217 kilometers, the picturesque, medieval and Venetian villages  of the inland, enchant and conquer the visitor, offering all the contemporary comforts as well as the charm and the traditions of past ages.

Wander around the Old City and its alleyways, which are decorated by the clothes hanging from the verandas of the housewives, visit the historical churches  and discover hidden squares among the multi-floored Venetian condominiums, climb to the Old Fortress to see the greatness of the city from above and finally, enjoy your coffee in Liston, a reference and a social point for locals and guests.

In the inland of the island nature thrives. Unique beauties and sights  await travelers, such as Lake Korission, with its 14 different species of orchids on its sandy shores and the mountainous mass of Pantokratoras  in the north. In the outskirts of the north-western shores of Corfu, three small paradises, Diapontia Islands, away from noisy crowds, stand out for their tranquil and special way of life, making them a very good alternative for those who seek tranquility and serenity during their holidays.

Corfu is a magical place from one end to the other. Either you are in a contemporary resort, or in the most secluded village, the charm of this island will always remain in your memory.