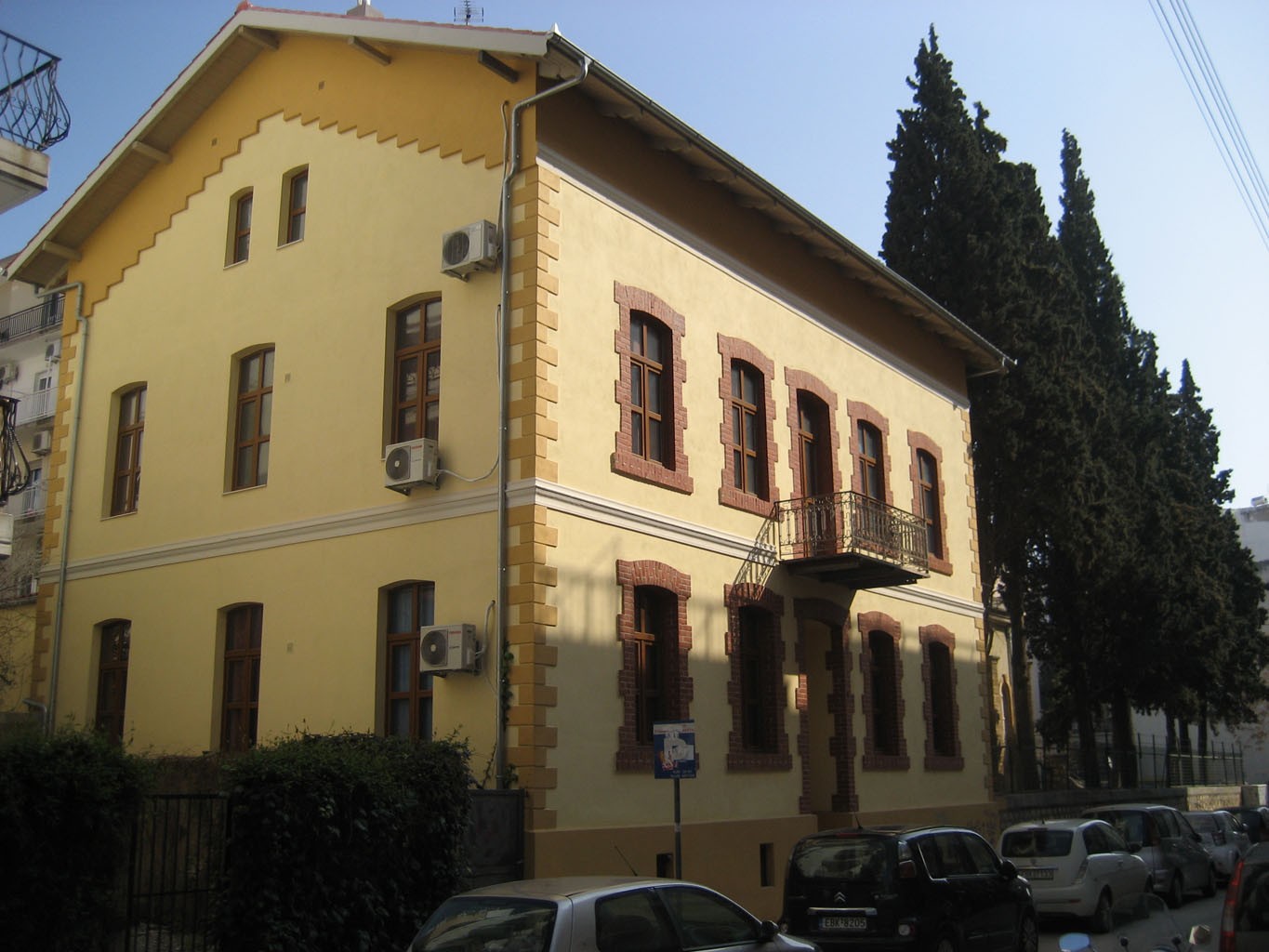 The Bishopric in Alexandroupolis is located next to the Catholic Church of the city. Firstly, as shown by its name, it was used as a residence of the Catholic priest but as the Catholic Bishopric of the community as well.

The Catholic Church of Saint Joseph is located in Komninon Street in city center and the building of the Bishopric is seen from its north side. The construction of both buildings was made in 1896 by the new city’s Catholic community that was being created then in the region, mainly by officers of the consular offices of the European states.

The Bishopric is a two-storey building with a basement, a raised ground floor, a first floor and an attic, that is used to be called “doma” (roof room). Although the Catholic community of Alexandroupolis decreased significantly during the 20th century, the building remained in its possession. In 1955, in the Bishopric was housed the city’s Commercial High School (Commercial School), until the mid-1970s.

From then until very recently, the Bishopric housed the scouts of Alexandroupolis, for this reason it is also known as “Scout Building”.