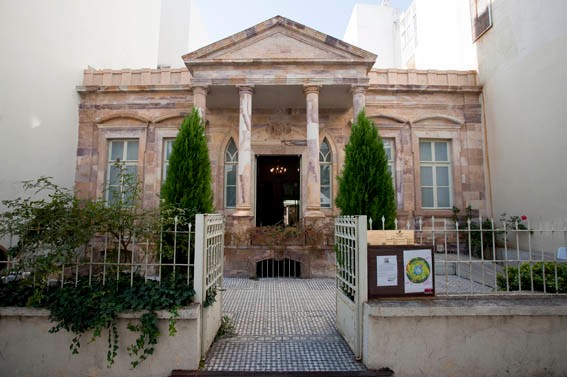 The Ethnological Museum of Thrace houses the folk culture of a region in an exhibition space perfectly fitting with the environment, in the center of Alexandroupolis. Objects from the traditional life of the past centuries, valuable jewelry, tools, furniture and clothing re exhibited in the two floors of the neoclassical while there are a shop and a cafeteria. It has also an electronic database with thousands of information.

Six sections constitute the collections of the Ethnological museum of Thrace:

The stone neoclassical building of the early 20th century, where the Ethnological Museum of Thrace is housed, was built as the country house of Altinalmazis, a businessman from Adrianoupolis, in the early 20th century. In 1937, it was bought by the merchant Chatzikonstanti Stefanou and was given as dowry to his granddaughter Chrysoula Vasiliou Zafiriou for her wedding with Grigorios Chrysostomou, a lawyer and later Minister of Mercantile Marine (1948-49).

The building of the Ethnological Museum of Thrace was declared a listed building in 1993 and was renovated in 1998 by the family of Polychronis Giannakidis. It is an entirely self-funded project and functions as a civil non-profit company.

The full name of the museum is Ethnological Museum of Thrace Angeliki Giannakidou.