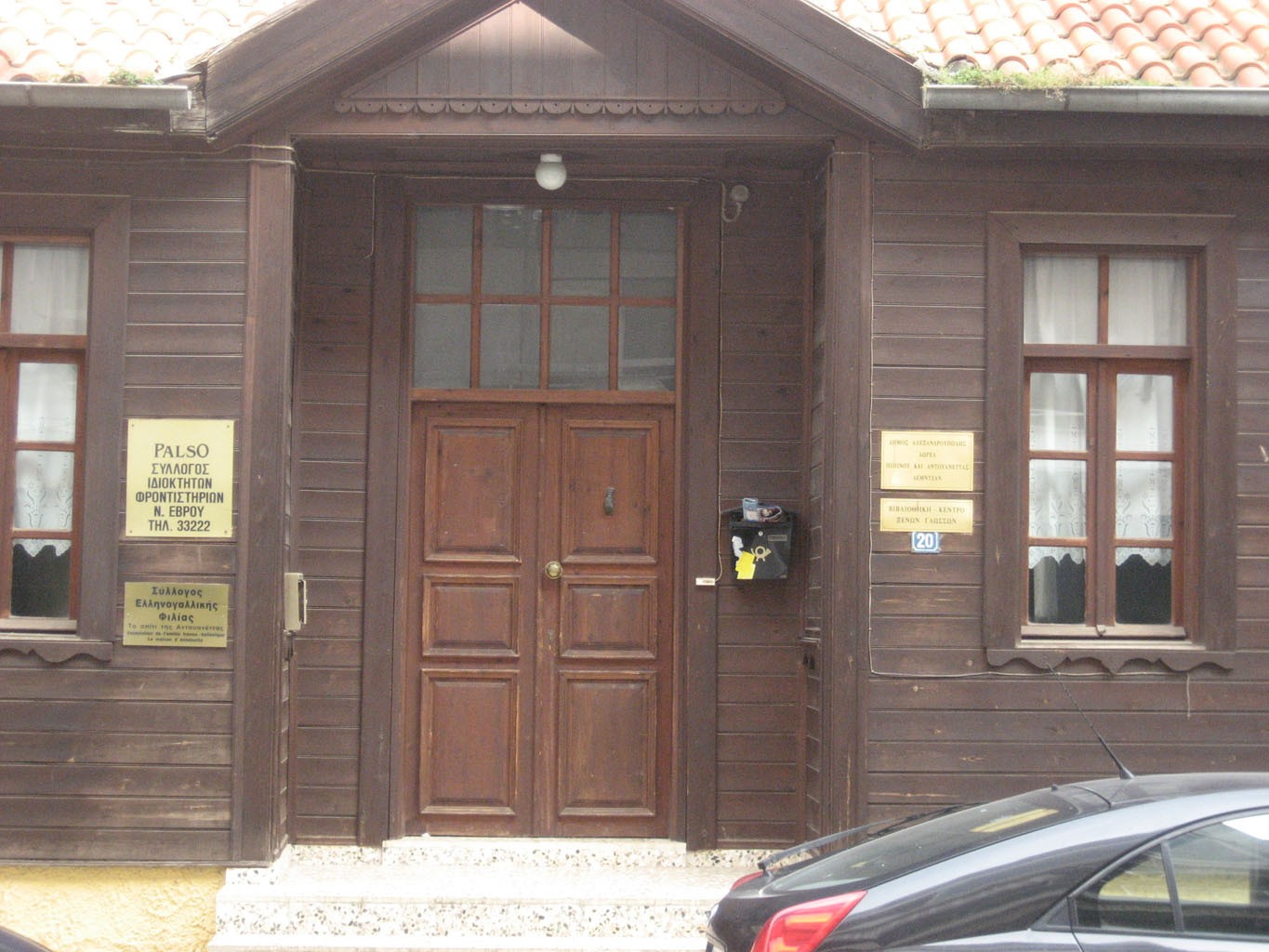 The House of Antoinette is the seat of the homonymous Association of Greek-French Friendship and is one of the most famous and most characteristic buildings of Alexandroupolis.

The House of Antoinette is built of wood and it has a characteristic red tiled roof. It is located in 20 Tsimiski Street, in a short distance from the Municipal Grove and the Eleftheriou Venizelou square, a few blocks above the Dimokratias boulevard.

The House of Antoinette took its name from Antoinette Demtsan, who was the first and most beloved, according to the citizens of Alexandroupolis, French teacher in the city. Her dream, which she made true by donating the building to the municipality of Alexandroupolis, was for the building to serve either as a center for the development of foreign languages and cultures or as a library of foreign languages for children.

Thus, the House of Antoinette has been hosting since 2002 the activities of the Association of Greek-French Friendship, which has the responsibility for the functioning of the library that is hosted there.

The aim of the association “The House of Antoinette” is to promote the French language and to assist in the development of volunteering among young people by acting as a link between the city’s University and the local community, as its activities are supported by students of the Department of Education Sciences in Early Childhood of the Democritus University.