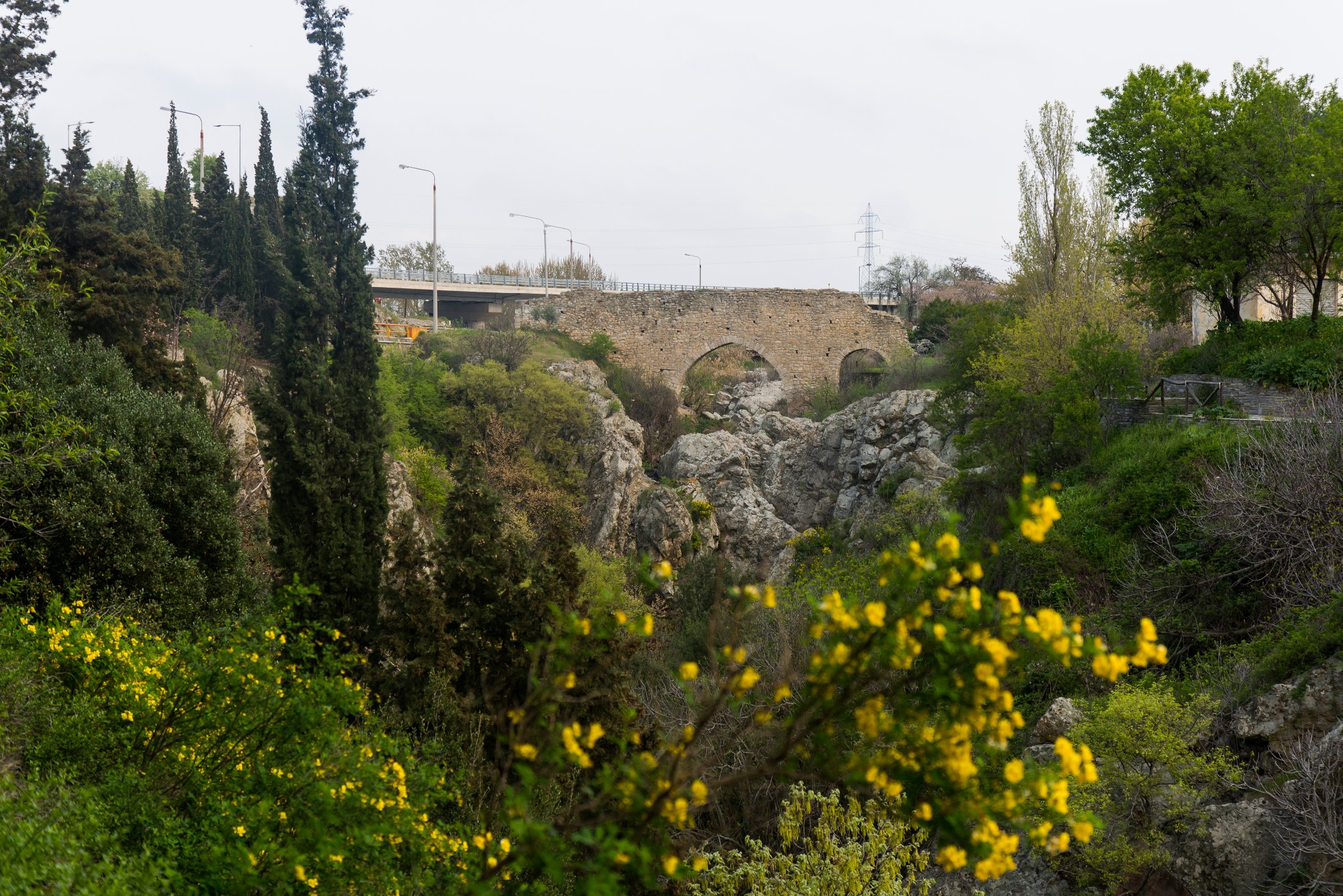 Just outside Feres, has been formed another recreational area in the enchanting nature of the region. It is Megali Vrysi (Great Fountain) or otherwise Kotza Çeşme, as its Turkish name is pretty much used and has now been established. From Megali Vrysi of Feres flows gurgling water, which is believed to have digestive properties and is used for therapeutic purposes. The stream of Kotza crosses the town of Feres and is particularly impetuous. With the momentum of its waters, in fact, a watermill at the entrance of the city had been working for many decades, giving motion and being the solution for many tasks of the residents.

Very close to Megali Vrysi lies the stone bridge of Kotza. The original form of the bridge was double-arched. In 1962, a part of it was shattered and its form was altered because of interventions. Among other things was added a third concrete arch.

Also near Megali Vrysi in Feres is located the Byzantine Aqueduct of the city, which has been standing until today stone and impressive, especially in the way it is illuminated and highlighted in the evenings.