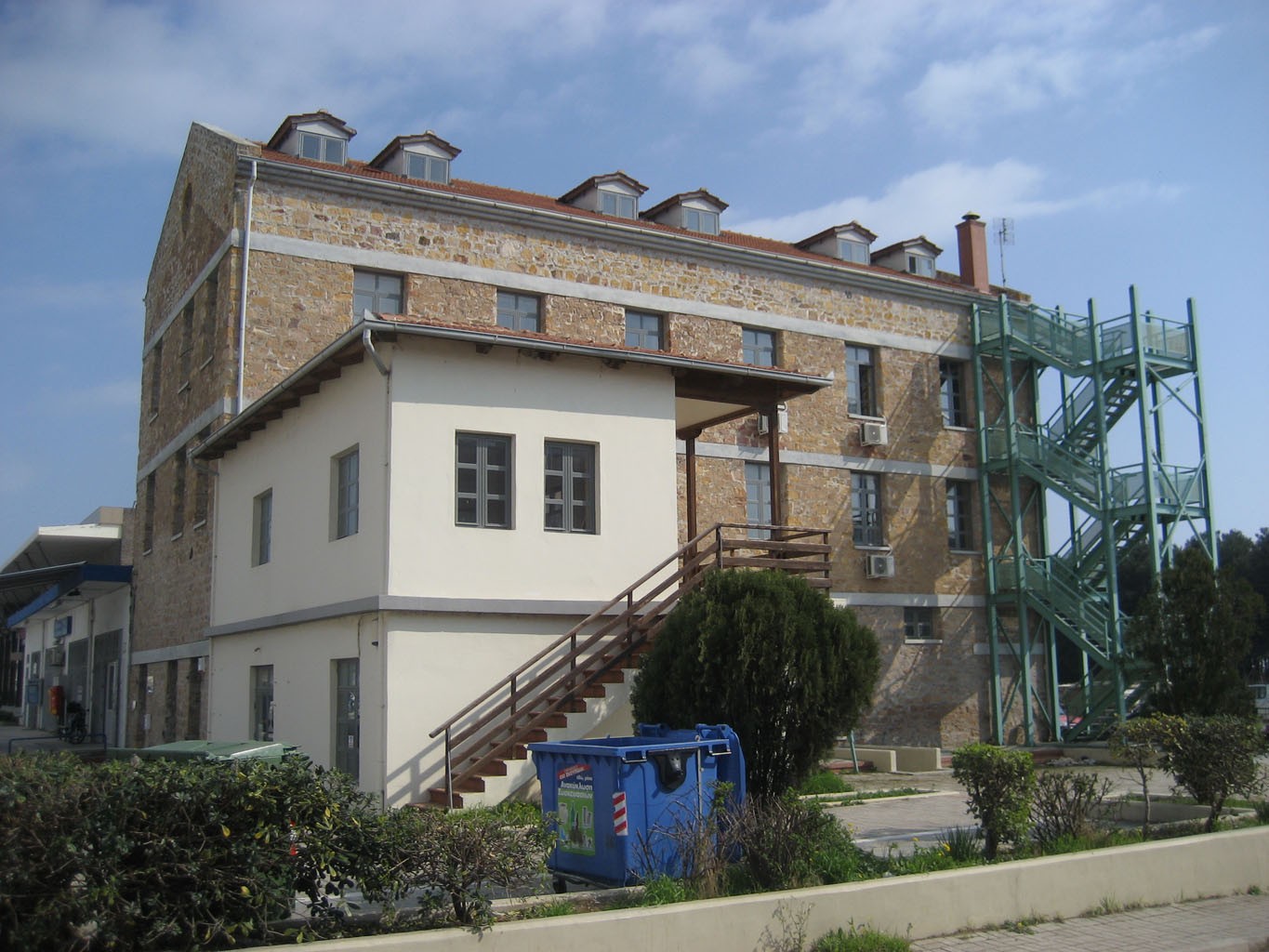 The Mill of Massoura is a rectangular, three-storey, with roof tiles building that was being constructed from 1930 until 1933 in Alexandroupolis. His owner was Georgios Massouras, who came from Peloponnese and he worked in flour milling industry.

A big “stone mill” was the driving force of the Mill of Massoura at the time of its construction. It consisted of two round stones with a diameter of 1,5 meter. The lower stone was stable and the upper rotary. The miller threw the wheat from the top and the flour came out from below. The flour was mixed with bran and other materials. The Mill of Massoura had a diesel engine that with the help of belts moved the rollers and ahh the other mill machines.

In 1940, with the outbreak of World War II, the Mill of Massoura was requisitioned by the Greek Army and in 1941 the occupation forces seized its functioning. During the Civil War, the third floor, whose floors were of Swedish timber, was burnt down. It was restored a little later and worked again until 1967, when the heirs of Georgios Massouras closed it down.

The Mill of Massoura is one of the architectural monuments of Alexandroupolis and belongs to the Municipality of the city.