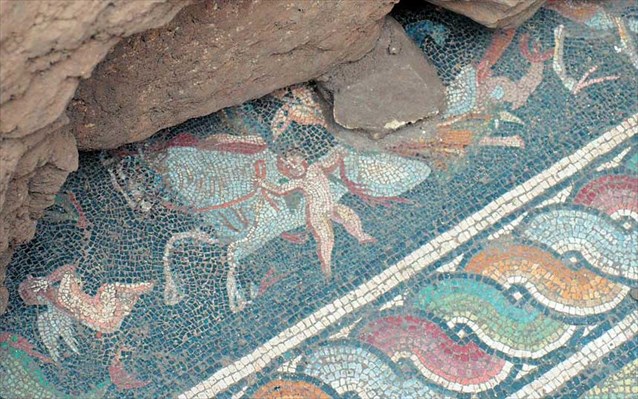 Southeast of Didymoteicho, on the “Holy Stone”, the hill fort, it is located the Roman town of Plotinopolis. It was founded by the Emperor Trajan, in honor of his wife Plotina, and since then it had been an economic and ecclesiastical center until Byzantium.

The excavations in Plotinopolis have revealed a building complex that it must have been a luxurious residence of a lord of Plotinopolis or a public building, for example baths. It has a mosaic floor, decorated with ornate patterns, while they have also been discovered two walls that belong to one of the halls, which according to research were decorated with red, yellow, green and white coatings embossed Ionic pieces. The room had at least two entrances.

In 1965 by an accidental discovery in Plotinopolis, the golden bust of the Roman Emperor Septimius came to light.

The most impressive of the excavation results in Plotinopolis was the discovery of a well, very carefully and thoroughly made, whose depth is longer than 11 meters. It is connected to a neighbouring chamber, while on the outside conduit sections have been discovered. The archaeologists believe that it was the central water system of the town.