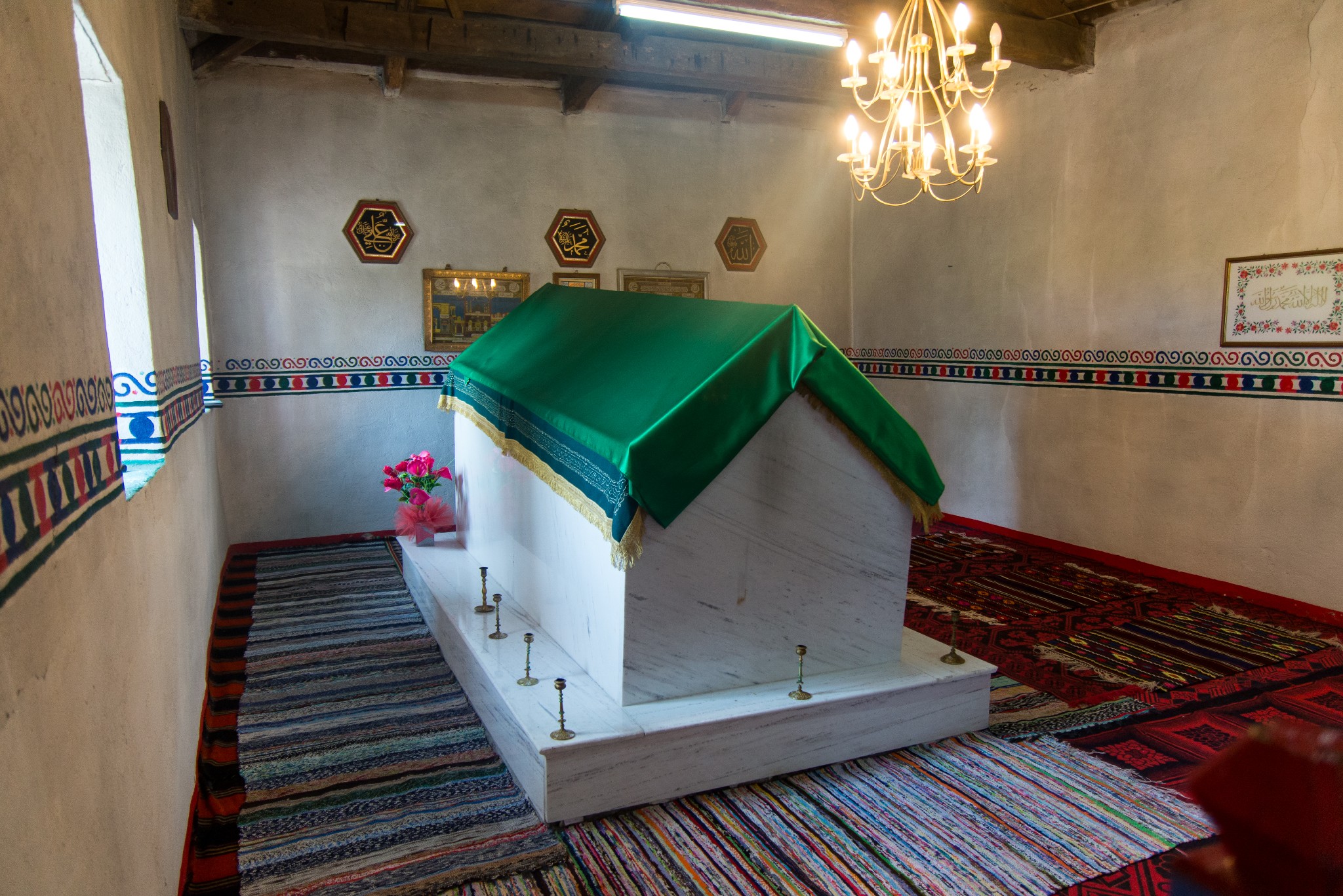 The Tekes (Khanqah) of Roussa in Evros is one of the oldest ones in the Balkans and is located three kilometers away from the homonymous village on the Greek-Bulgarian borders. It is a monastery of the Bektashi dervishes, which belongs to the “heterodox Islam”. The Tekes of Roussa is also known with the names Tekes of Seyit Ali Sultan, Tekes of Kizil Deli or Monastery of Bektashi Kizil Deli in Roussa.

It was founded by the dervish Seyit Ali Sultan in 1400, as indicated by the Ottoman sign in one of the Monastery’s buildings. The Tekes of Roussa was an Alevi tekes, that is a meeting point of dervishes. It was recently renovated, as it had been severely damaged by the Christians of the region during the turmoils of the 20th century.

In the center of the buildings of Tekes of Roussa stands a mulberry tree of 600 years, whose fruits, according to the tradition, protect those who eat them from diseases. The same tree is located in the Tekes of Bektashi in the village of Hatzi Bektas (Hacı Βektaş)of Asia Minor. Around the perennial mulberry tree, there are the kitchen, the konaki (cells), the tomb of Seyit Ali Sultan, the prayer hall, as well as the modern facilities for the visitors.

A special meeting takes place every year in the Tekes of Roussa; on May 6, the day that the Monastery celebrates the memory of Saint George, who is a common Saint for Christians and Alevis, the Metropolitan of Didymoteicho, Orestiada and Soufli attends the celebration along with many believers of both religions.