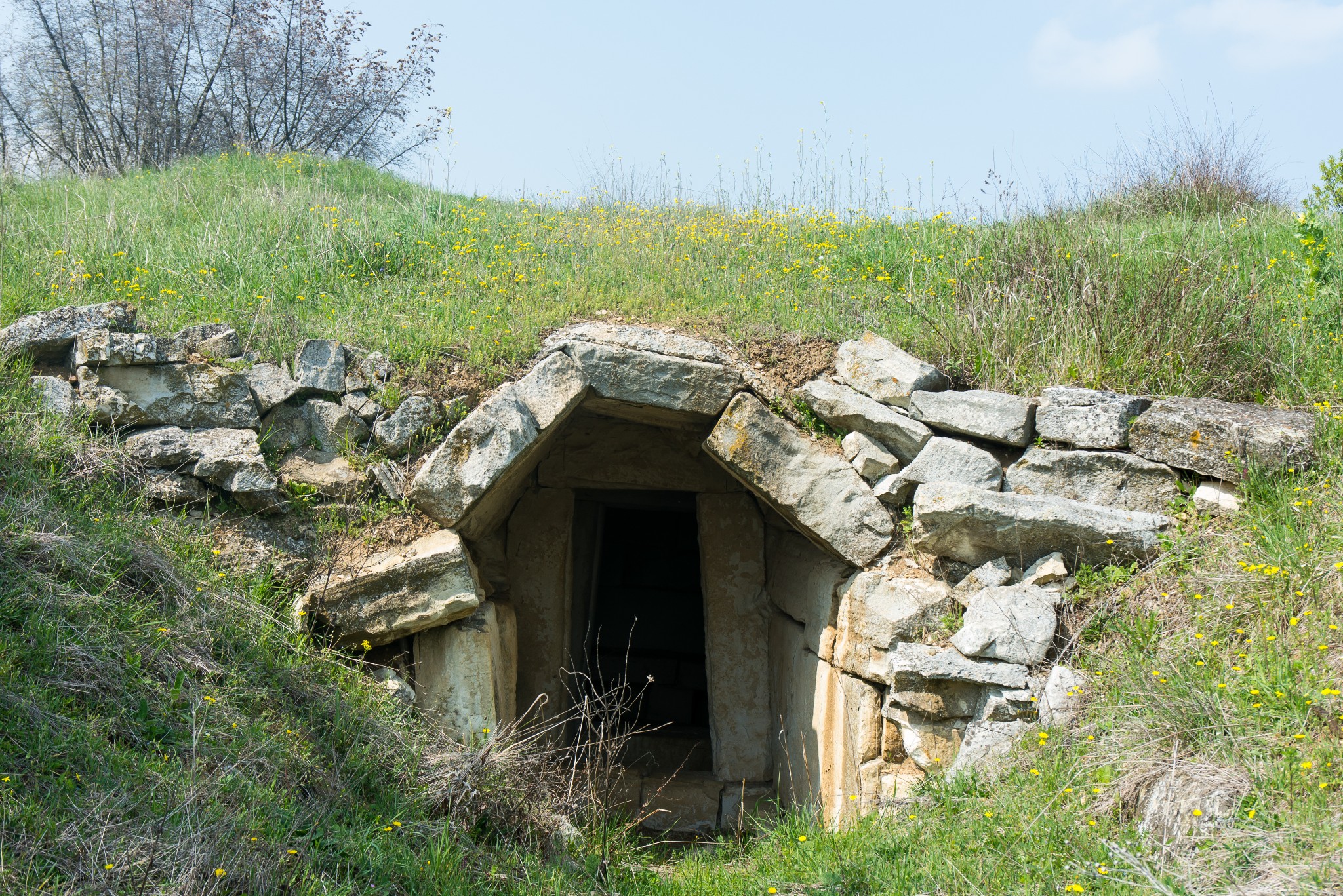 The Tomb of Elaphochori, as it is mostly called the “Thracian” underground tomb that is located on a low hill, in the northern edge of the small village of Dafni, near Didymoteicho. It does not belong to an ancient settlement, but it is included in the grid of tombs of the northern part of the prefecture of Evros, which are covered with monumental tumuli and are related with farms.

The Tomb of Elaphochori dates from the early Hellenistic period (4th-3rd century BC) and is enlisted among the family graves, as it has a road, an entrance hall ad a main chamber.

It was discovered in 1953 and it is believed that the Tomb of Elaphochori is the first underground Thracian tomb. It is covered by a tumulus and the stones from which it was constructed come from the ancient quarry of Metaxades. Its saddle-shaped roof forms an arch.

Inside the death chamber of the Tomb of Elaphochori there is a box-bed and a grave. Among the findings of the underground built tomb there are shells, amphorae fragments and lamps that is believed they were used during the rituals that took place on the tumulus after the burial.