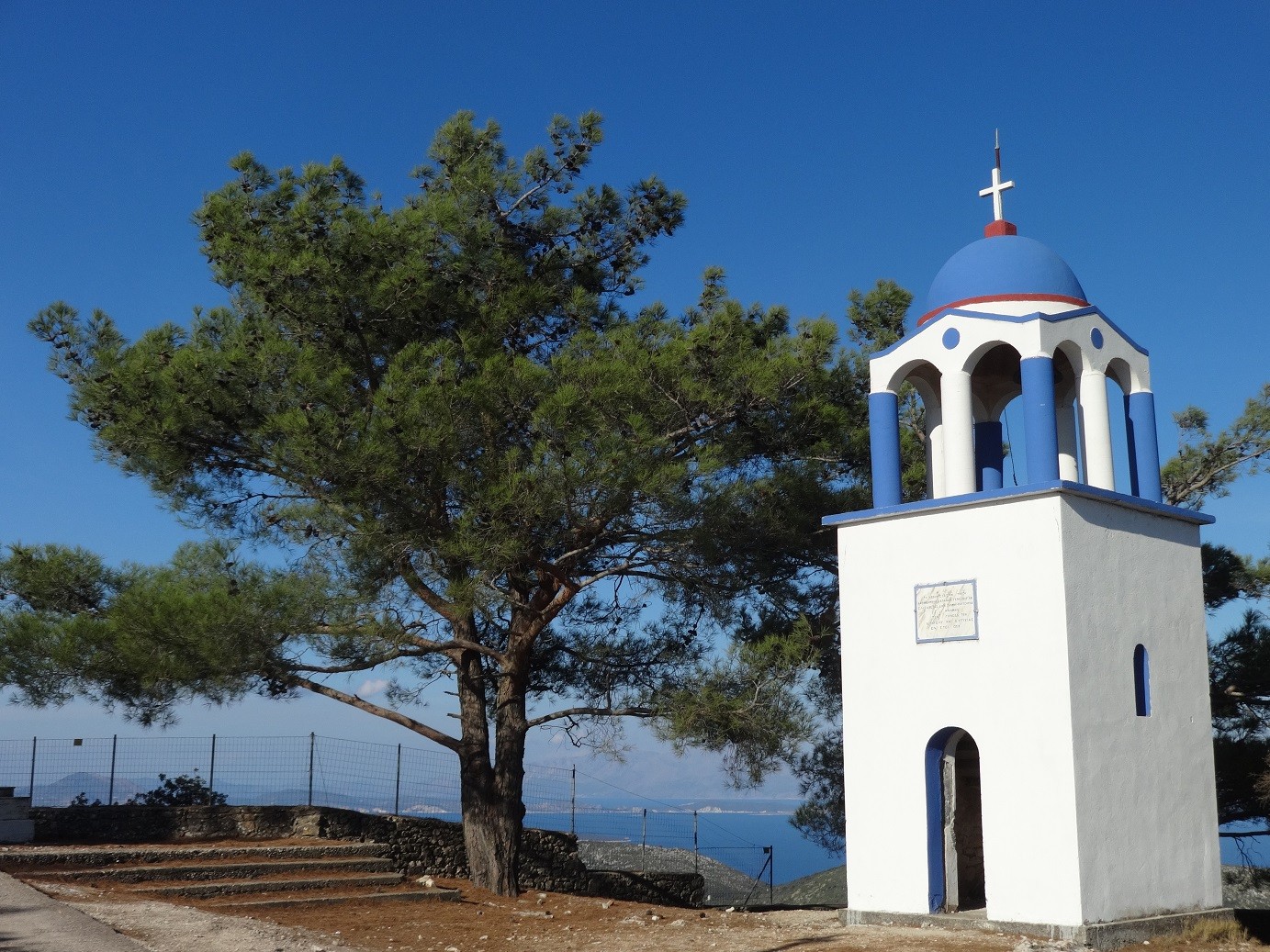 The monastery of Panagia at Pernarakia is located approximately 2 km outside the village of Exogi at the top of the mountain called “Pernarakia”.  The old monastery dates back to the 17th century and according to sources it operated until the First World War.

The view from Panagia at Pernarakia is endless: visitors can admire the whole northern side of Ithaca, the northern coast of Kefalonia, from Sami to Fiskardo, and even the mountains of Zakynthos, when the weather permits it. You get a bird’s eye view of Platrithias and Afales, and the panoramic view reaches even the small harbor at Frikes.

The Monk Iacovos Mavrokefalos was the last person to renovate the monastery of Panagia at Pernarakia before the Second World War, as he intended to stay here after his retirement. Unfortunately, he was executed by the Germans during the German occupation and today in the yard of the monastery lies his grave. Panagia at Pernarakia celebrates on the first Tuesday after Orthodox Easter.

There is a narrow road leading to Panagia at Pernarakia that starts from the church of St. Nicholas (the cemetery) at the end of Exogi.