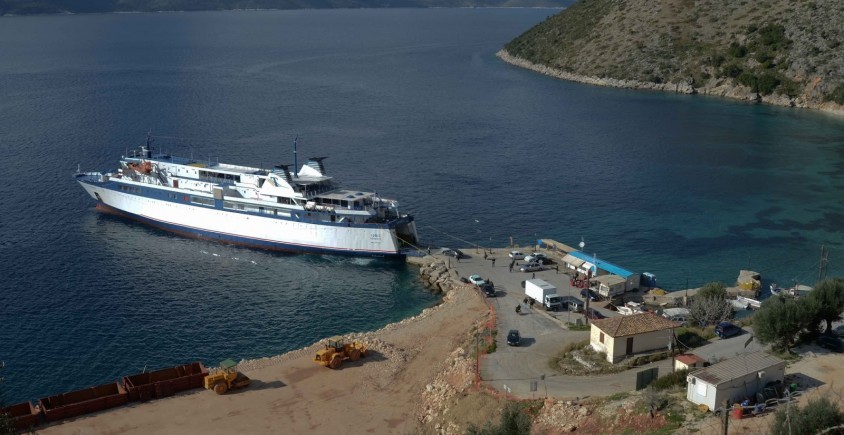 The port of Piso Aetos in Ithaca, is located in the western part of the island, right in the middle, opposite Sami of Kefalonia. The distance from the capital of Ithaca, Vathi, is about five kilometers. It is a small port, at the end of a lush, landscaped slope. It is the first impression of Ithaca for the visitors of the island – cypresses, pines and olive trees make up the landscape that will be the background of their vacations.

The ferry connection from Kefalonia, Astakos and Patra or Killini is served by the port of Piso Aetos. From the early morning until late at night, especially during the peak summer months, ferries come and go from the small pier, taking and leaving passengers.

Sami of Kefalonia, in opposite, is half an hour. For Astakos, the journey from the port of Piso Aetos lasts a little more than two hours, while to reach Patra or Killini will take about four hours. If the ship arrives in Poros of Kefalonia, on the southeastern edge of the neighboring island, the route takes about 45 minutes.

At the port of Piso Aetos, the travelers will find a canteen that offers soft drinks, coffee and ice cream. There are also kiosks of various tourist agencies for ticket services. Just beside the harbor, there is one of the most beautiful beaches of Ithaca, the beach of Piso Aetos.