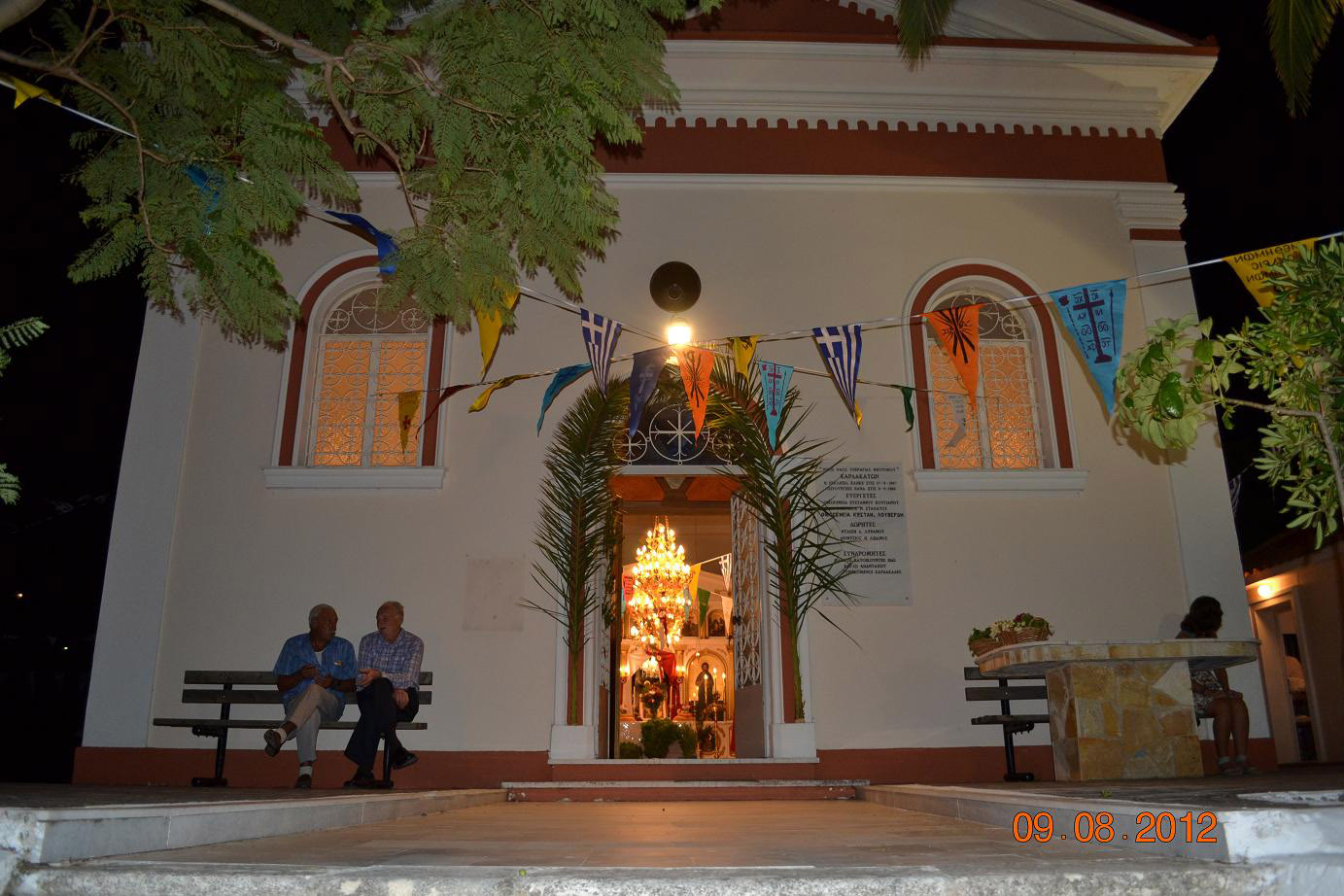 One of the villages of the former community Thinaias of Argostoli, Kardakata of Kefalonia is located just outside the main road linking Argostoli to Lixouri, the second largest city on the island. It has 169 residents according to the 2011 census. Built in nature, is one of the most picturesque and quiet villages of Kefalonia and remain “hidden” by many.

In Kardakata, you will see the village’s main church, dedicated to Virgin Mary and celebrates with a festival on 8th of September. The church of Kardakata begun to build in 1900 and in its original form was completed in 1912. The devastating earthquakes of August in 1953 had struck Kardakata and demolished the Virgin Mary. Its residents rebuilt it in a few years later, the day of the festival, however in 1987, has burnt and destroyed. Residents of Kardakata built it from the beginning, in the form we see today, in a rhythm basilica.

Inside the church of Kardakata, there is a fully embroidered icon of St. Gerasimos, who had been donated to the Virgin by the family Konstandatos. It was until 2011, in the founder of the church family in Sudan, but was brought here and now is kept in Kardakata.