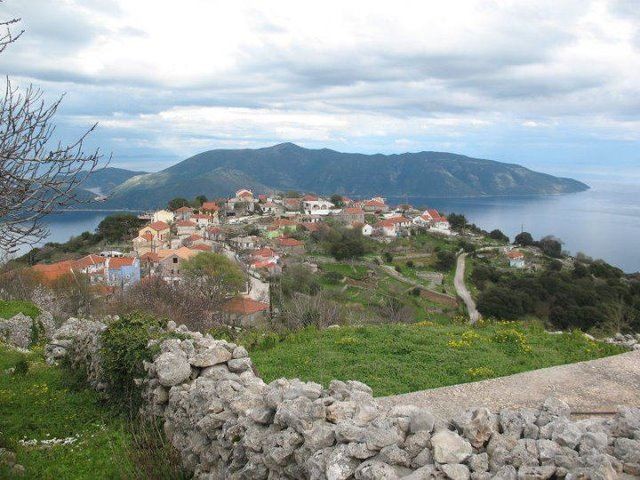 Komitata is a village in northwestern Kefalonia and belongs to the former municipality of Erissos. It is built at an altitude of 564 meters above sea level. Komitata has 73 permanent residents, according to the 2011 census.

Komitata of Kefalonia became famous around the world thanks to the Hollywood film “Captain Corelli’s Mandolin”. Many scenes were filmed in the beautiful beach of Chorgotas, below the village; among them the one was used for its poster. If you’re looking for something less known, the neighboring beach of Agia Sophia will not disappoint you.

The village itself of Komitata is picturesque and beautiful, surrounded by trees, with lovely view to the west coast of Ithaca, and even in the coast of Central Greece. Do not miss Panagia Chalikieri, who is here and celebrates in the Assumption, with a great traditional festival.