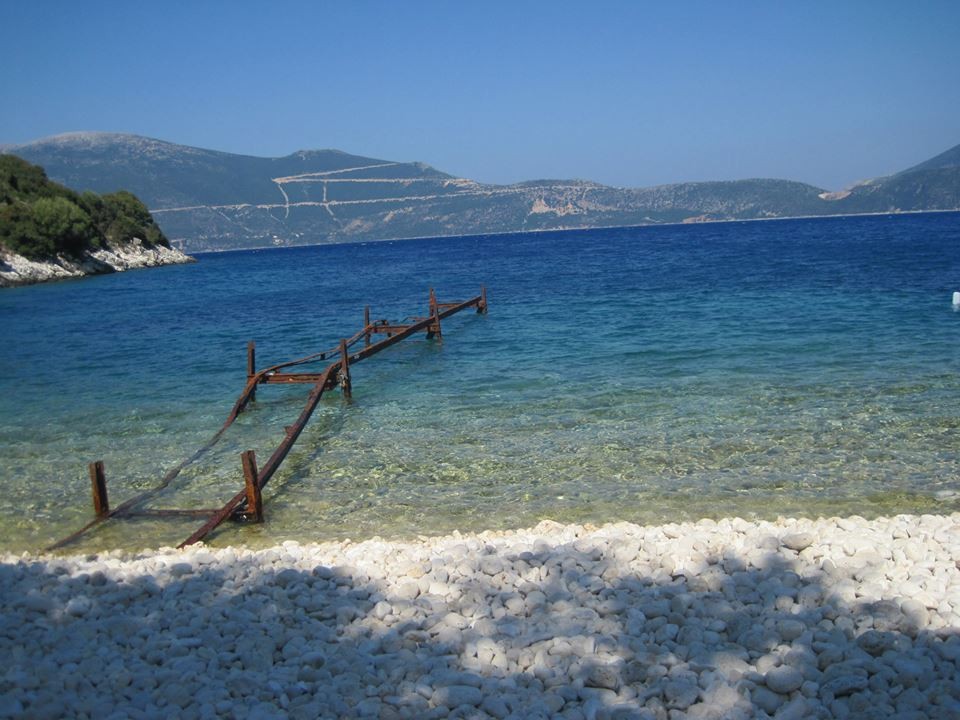 The beach is known by the name Chorgota, but can hear it as Gorgota. It is located on the north side of Kefalonia, near Komitata of Erissos. It has white pebbles, while the lush nature surrounding with olive and cypress trees, giving to the deep waters of a blue green, turquoise color. Definitely, it will impress you, as you will see Chorgota from above, as you descend from Komitata.

If again, the landscape looks like familiar, it’s because you, as the whole world, have seen starring in the film poster “The Captain Corelli’s Mandolin”. Chorgota became known as “The Beach of Pelagia”, from the first scene that we see the protagonist (the role has the Spaniard Penelope Cruz) with background the beach. The filming took place here in Sami and Antisamos, in the summer of 2000 and the Hollywood film starring Nicolas Cage premiered next year, making Kefalonia better known worldwide.

Chorgota is not organized beach, but here you will enjoy peace and tranquility under the shade of trees, gazing across the northern Ithaca. The road is paved, starts from Komitata and leads to Chorgota and the neighboring beach of Agia Sophia.