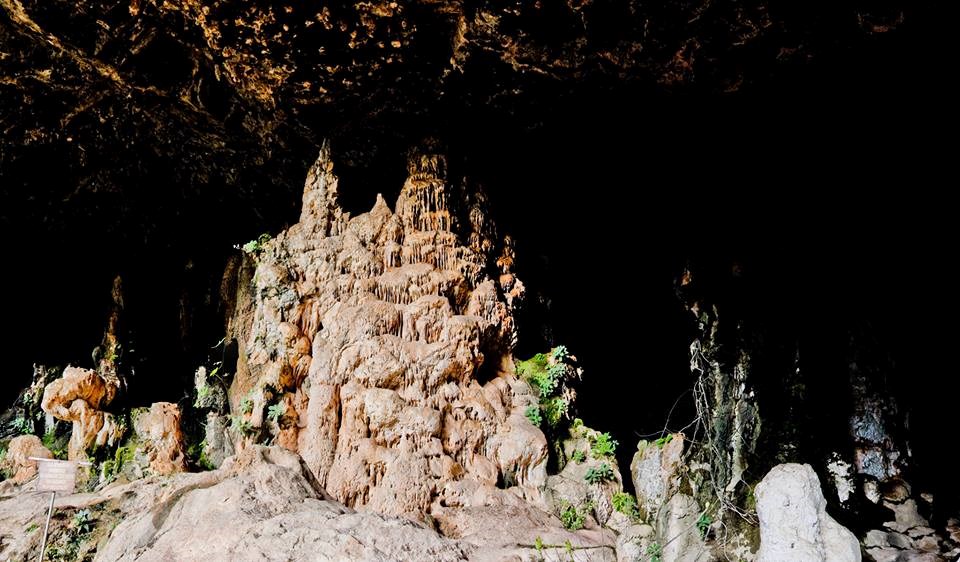 The Cave of Agia Sophia is one of the most impressive caves of Crete, as its central hall has a height of 20 meters and a diameter of 70.

The Cave of Agia Sophia is located just beyond the village Topolia, just 47 km from the city of Chania, on the way to Elafonisi. After passing the tunnel, located after the village Topolia, you will see on the slope the stairs and a small path leading to the entrance of the cave.

There you will also find the church of Agia Sophia from which the cave took its name. The remarkable numerous stalagmites and stalactites on the cave’s walls reach a size of five meters.

If you look carefully, you will even see a mythical Unicorn formed by rock and stalagmite! The legend says that from the Cave of Agia Sophia passed St. George and there is even a mark in the rock from the horseshoe of his horse.

In the Cave of Agia Sophia, the scientists have discovered objects that testify its use by the people of the Neolithic Period.