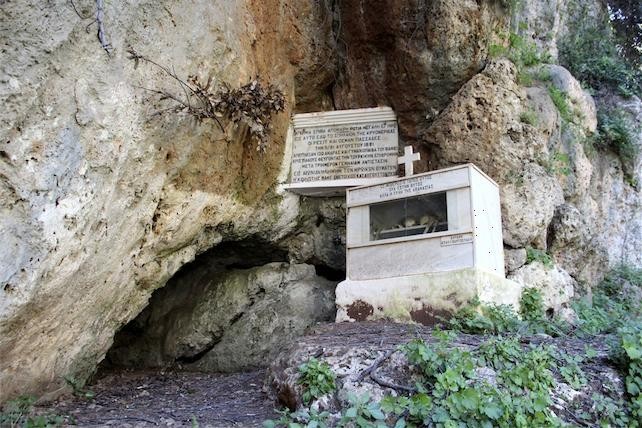 Just outside the village Vafes of Chania, in the ravine Laggos, is situated the Cave Krionerida at an altitude of 230 meters. It is quite narrow and small and has a length of about 30 meters.

From the entrance starts a very low and narrow arcade leading to the interior. In the depths of the cave – in the second room – there is a small source that gave the cave its name.

The historical significance of the Cave Krionerida is priceless. In August of 1821, fleeing from the Turks, 130 residents of Vafes had hid in the cave to save themselves.

The Turks found them, but since only one person at a time could exit from the narrow entrance of the Cave Krionerida, they set fire and waited for the trapped people to leave it on their own, not being able to stand the smoke.

The residents of Vafes, refusing to surrender, died heroically and only seven were able to be saved from suffocation. The bones of the victims are still in the cave and at the entrance there is a shrine to their memory. Every year, in August, a memorial prayer takes place in the Cave Krionerida.