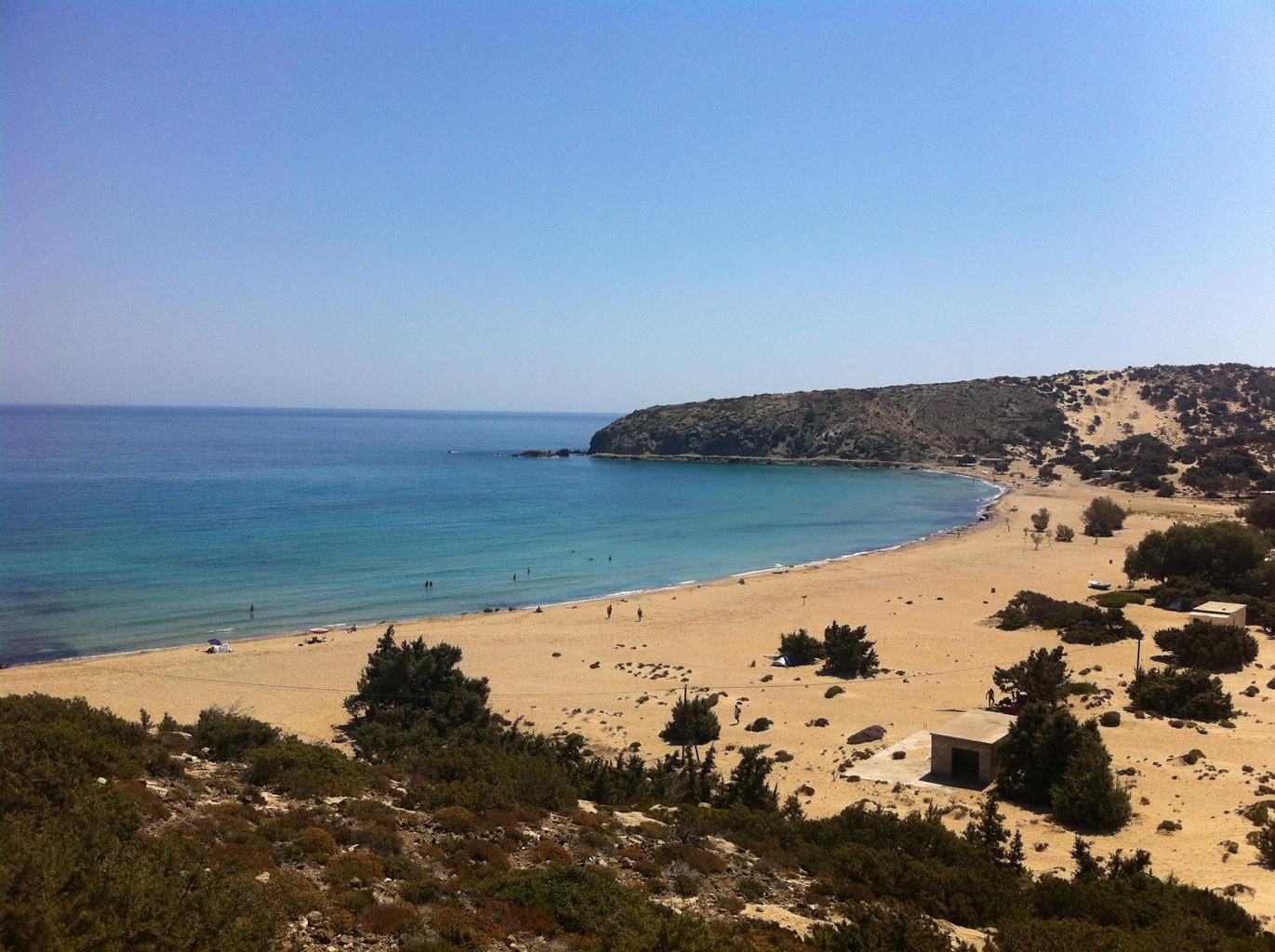 Sarakiniko is one of the two largest and most beautiful beaches of Gavdos. It is located just one and a half kilometers from the port of Karave and it is named after the Saracen pirates who once used the island as a base.

Sarakiniko is a dreamy golden beach with clear shallow waters, hidden in a rugged landscape with dunes and cedars. Next to the beach you will find some rooms and cars to rent.

It is considered suitable for campers, as there are taverns and a mini market nearby. You can reach the beach of Sarakiniko either by bus from Karave or on foot within 30 minutes.

To the east of the beach, on the hill of Kavos, many ceramic sherds of prehistoric time and stone tools have been found. Two farmhouses of Roman time with olive press facilities and relics of prehistoric buildings have been excavated in Sarakiniko.

Gavdos during the Metaxas dictatorship was a place of exile for the Communists.

Near the beach of Sarakiniko you will see the building in which Aris Velouchiotis, the founder of the National Popular Liberation Army (ELAS), lived during his exile.