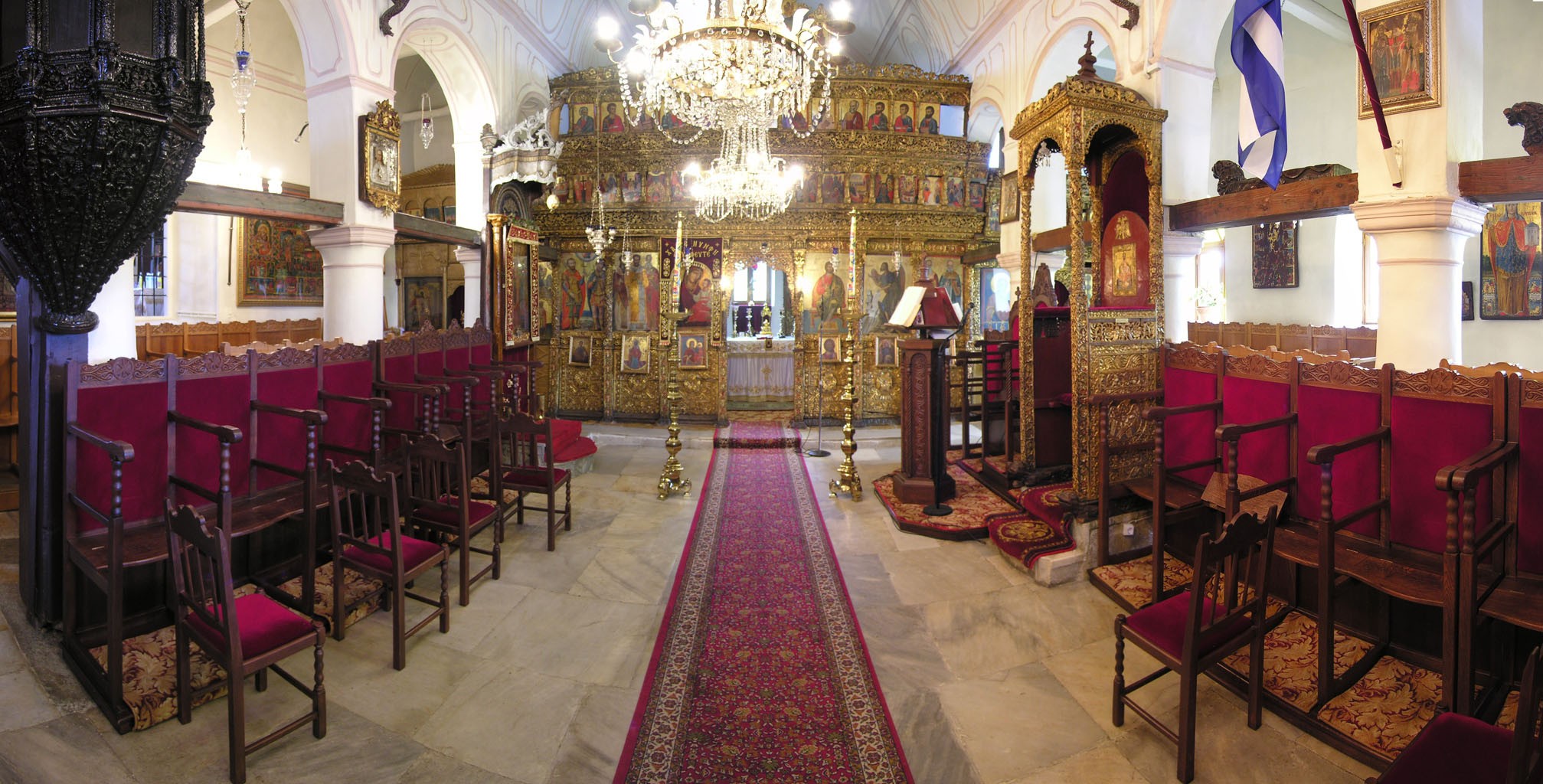 The Church of Saint Anastasia in Makri is one of the oldest and most historic churches of Evros. According to the dedicatory inscription, the church was built in 1833, but on the same inscription it is indicated the year 1100, so the researchers conclude that it was built in its original form in 1100 and that in 1833 took the form it has today.

The church is a three-aisle basilica, relatively small in size, with dimensions of 30×25 meters. The iconostasis is wooden carved, with old icons, many of which have been transferred to the Ecclesiastical Museum of Alexandroupolis. The icon of Saint Anastasia Pharmacolytria (Deliverer from Potions) is of dimensions 1,20×0,80 m. and it presents her with a crown, the wreath of life that the martyrs wear and she holds a lekythos (Greek pottery).

In the church are kept the relics of the Five Neo-martyrs of Samothrace, who martyred in Makri. There is still here the crook of their torture, which was collected according to the tradition by the grandmother of one of the martyrs and was delivered to the Chruch of Saint Anastasia  a few years ago.

The icon of Panagia that is also in the church was recovered from the port of Makri in the early 20th century by fishermen of the region. Among the artifacts of the Church of Saint Anastasia there is also a baptismal font of 1820. Many marble fragments and capitals  located next to the Church of Saint Anastasia testify the existence of an ancient church, as well as of an early paleochristian church.

The social work of the parish of Saint Anastasia is in our days very important for those in need in the region, as among others it covers the scholarships of seven students from Makri.