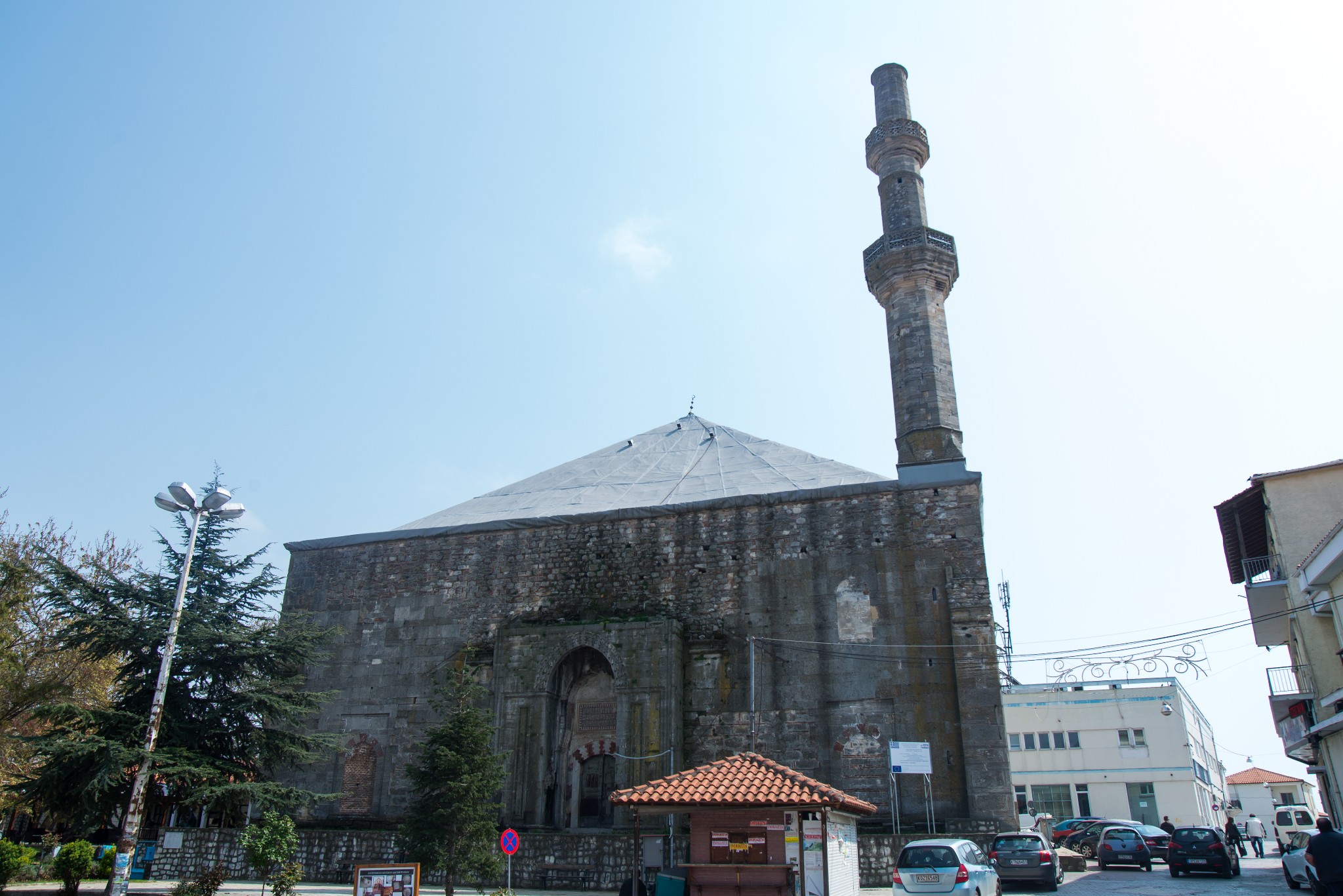 The Great Temenos of Didymoteicho started being constructed in the late 14th century by the Sultan Bayezid I Yildirim (Thunderbolt) but it was completed in 1420 by Muhammad I (1420-1421), based on the projects of the famous Ottoman architect Ivaz Pasha. It is otherwise called “Buyuk” (Big) or “Oulu” (Great) Mosque. It is an almost square building, located near the old road of Traianoupolis and Andrianoupolis, while the Great Temenos occupies along with its external spaces a total surface of an acre.

The Great Temenos of Didymoteicho is the first mosque on a European soil, it is considered one of the most remarkable Ottoman monuments of Europe and it the largest in the Balkans. The dimensions of the building are about 32×30 meters, it is covered bt a pyramidal roof made of leaden plates and it has three doors. The main entrance of the Great Temenos is decorated with Arabic writing and archaic patterns and it is located west. The other two doors semm to have been sealed since the early years of its operation.

Inside the Great Temenos dominates the decorative dome. From the frescoes that have survived, there is one on the southern wall that impresses; it is a representation of the celestial city, as in the mosaic of the Mosque of Omar in Damascus.

Quotes from the Koran written in calligraphy letters in unusual layout adorn the walls of the Great Temenos in Didymoteicho. One of them is even written in the shape of a lightning! We can also see the preserved throne next to the sanctuary and a platform in the northern part. On the floor, there are some very well placed brick plates, while testimonies indicate that in its heyday, it was covered by ornate Oriental rugs.

From a different entrance someone can go up to the minaret of the Great Temenos, which is though integrated into the building. It is very tall and it used to have a balcony, but the Turks in 1913, when they reoccupied the city from the Bulgarians, (that in the meantime have turned the mosque into a Christian church) built a second one higher.

After the World War I, the Great Temenos of Didymoteicho was sold to an individual, while today it constitutes a monument that belongs to the Ministry of Culture.