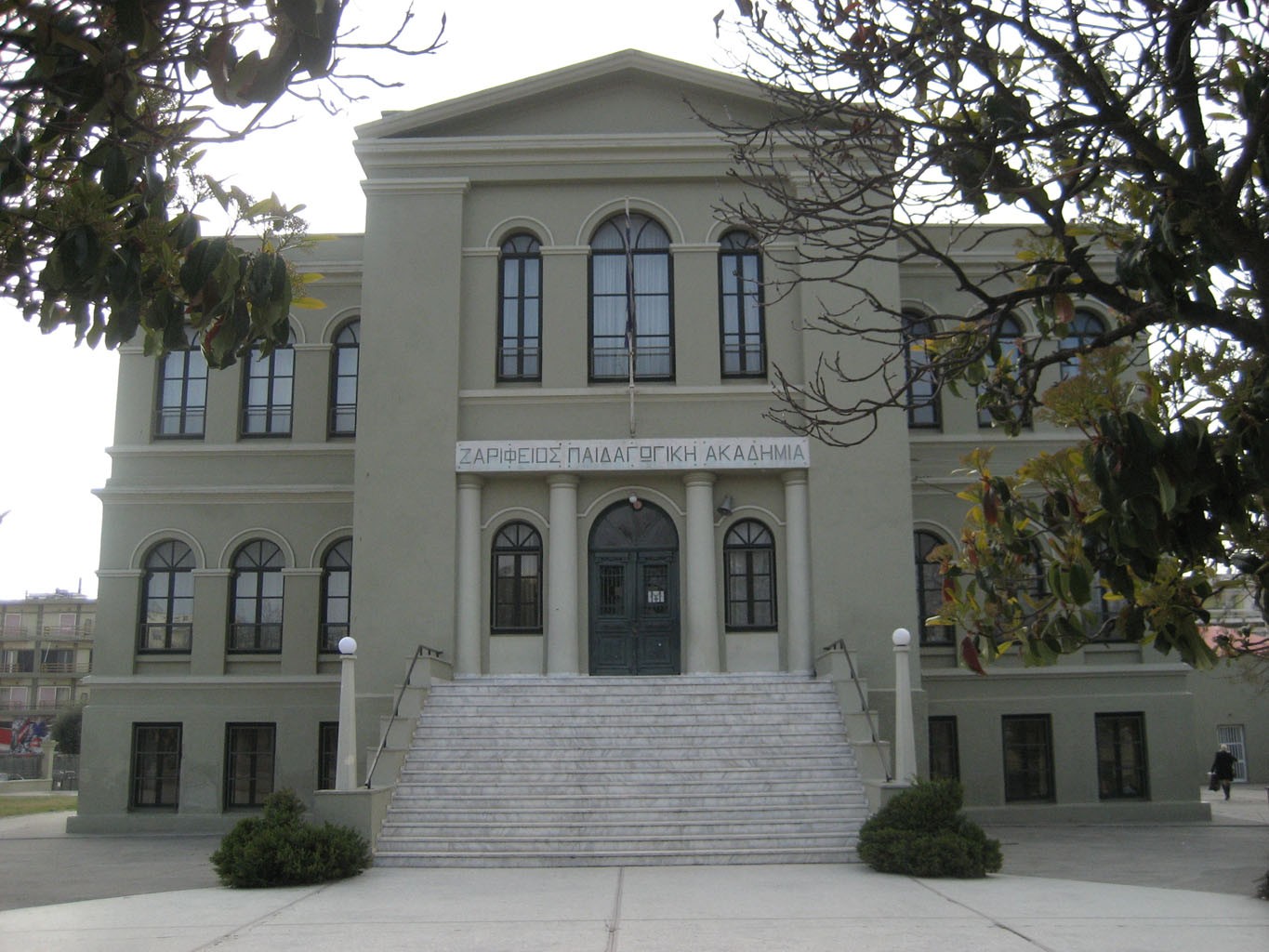 It is the neoclassical building located in the Park of Ethniki Aneksartisia (National Independence), in Alexandroupolis. It was constructed in 1923 and immediately served as Teaching Centre and his first director was the great educator Theodoros Kastanos. In 1934, with the conversion of all the Teaching Centres of the country into six Pedagogical Academies made by the Greek state, a great fight was given by the residents of Alexandroupolis in order for the Academy of Western Thrace to be housed here. With the help of the benefactor and politician, Georgios Zarifis, this was indeed achieved.

The Pedagogical Academy of Alexandroupolis was named “Zarifios” honoring him and until 1947 it was the only high educational foundation of the whole region. Zarifis continued to support it with technical and material infrastructure and money and the Academy continued to function uninterruptedly until 1968, when the academies were abolished.

Today it houses the city’s model primary schools. The street in front of the academy also has the benefactor’s name, while its marble bust is crafted by Peratinos is located in the garden. For more than 60 years, Zarifios Padagogical Academy had been the key driver of culture and spirit production in the city, while the thousands of teachers that graduated from here imparted their knowledge to students across the country.