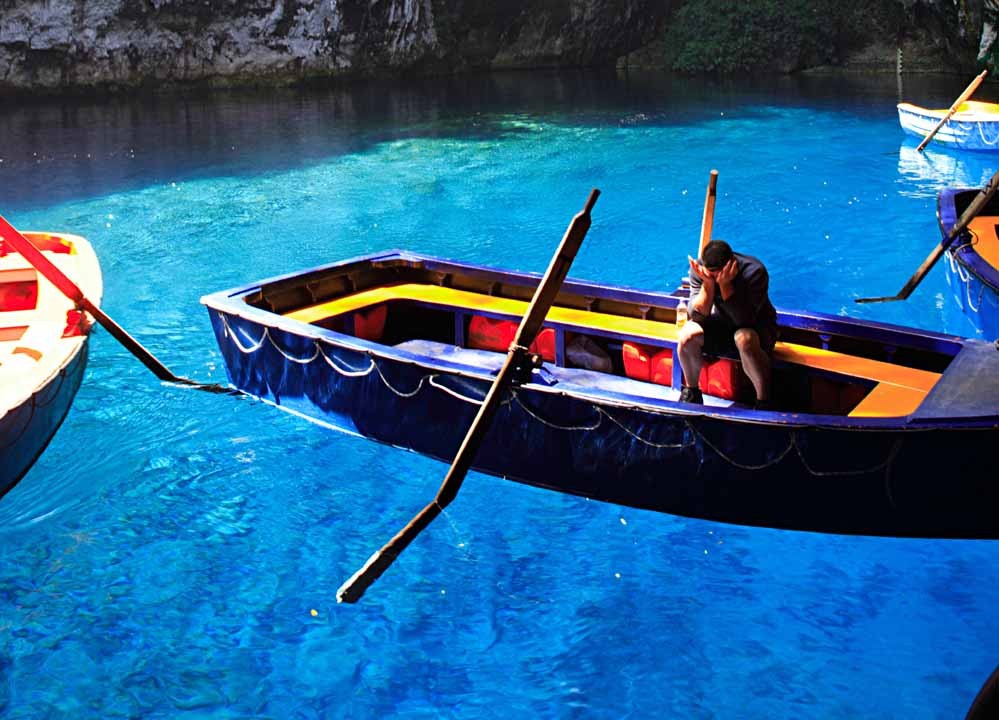 Unique colors and a rare geological phenomenon by world, you will meet here in Melisanis Cave. It is located 2 km northwest of Sami , in Karavomilos . The natural entrance to the cave is vertical (measuring 40 × 50 m) and was created by the collapse of a section of the roof, probably by an earthquake.

The cave Melissanis is located 20 m below the surface, has a length of approximately 160 m and a depth of 10 m to 40 m. Stalactites of an age of 20,000 years with strange shapes adorn most of the cave. In the middle of the lake there is an island, on which were found devotionals of the god Pan, certifying the use of the cave as a place of worship in prehistoric times.

The Melisanis Cave was discovered in 1951 by the speleologist John Petrohelos. In 1963, Austrian geologists’ scientists confirmed that the water of the cave is mixed by the underground with sea water from the sinks  of Argostoli  and rainwater.

Today, the Melisanis Cave is visited by artificial entrance, through an underground tunnel leading to its main hall. The tour is by boat along the entire length of the lake. The uncovered section of the lobby allows to sunlight entering in the cave and gives to guests unique colors, especially at lunchtime.

The cave is named either by the myth of the nymph Melissanis who committed suicide here because god Pan refused it, or the tradition of the shepherdess to Melisanthi been killed in the lake, while hunting one of its rehearsals.