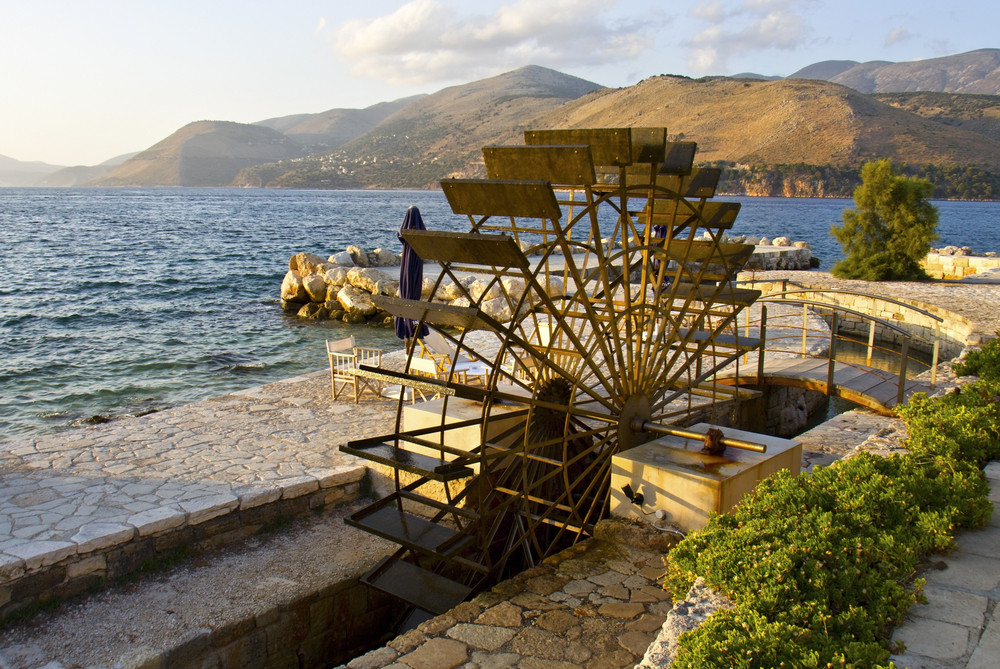 One of the most important geological phenomena is observed in Kefalonia, the sinkholes have preoccupied scientists around the world. At the cape of St. Theodore, next to Lighthouse of Argostoli , in Fanari , you will see even today where the seawater flows with momentum on the ground. What exactly is a “sink”, a slit of land, in which water flows.

First is shown that observed and recorded the phenomenon the Englishman Stevens, who also decided to exploit the momentum of the water as lost in the sinks and had built in this point a water mill, which you can still admire in the place.

The unique phenomenon of Kefalonia is that the sinkholes beneath the sea, underground cross the entire island, from west to east, a distance of about 15 km: in 1963, the geologists Maurin Viktor (Viktor Maurin) and Tsetl Joseph (Josef Zetl) from the University of Graz, in Austria, threw 160 pounds of paint in one of the sinkholes. Two weeks later, traces of that paint in the waters of the other side of the island, in the bay of Sami, but also in Karavomilos and the lagoon lake Melissani !

The geologists have dealt extensively with the groundwater of Kefalonia and various phenomena associated with them. Mostly are explained by the position of Kefalonia at the junction of tectonic plates of the Earth, but they do not stop to compose a scene of mystery and uniqueness of the island.