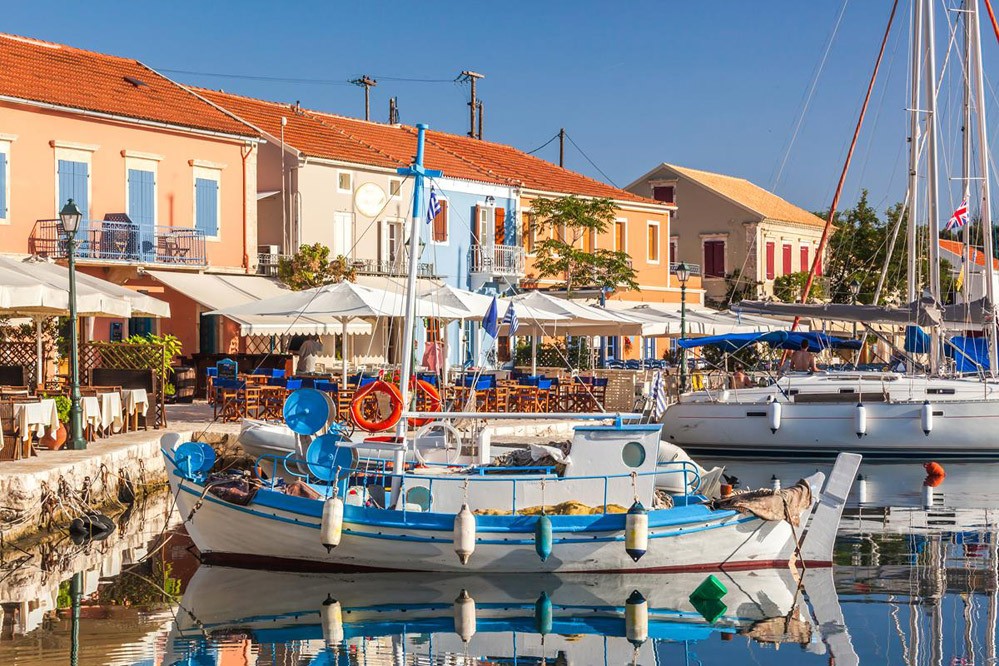 Known around the world, the beautiful Fiskardo in Erissos of Kefalonia, located at the northern end of the island, at the narrowest point of the channel that separates Kefalonia from Ithaca. Countless boats fill the harbor and colorful houses surround it: Fiskardo has been characterized as a preserved settlement, as it is one of the few of Kefalonia, not flattened by the devastating earthquakes of 1953.

Storey houses, with bright red roofs and narrow balconies, painted in various bright colors, creating along with the green nature and blue sea a unique painting! Small stylish shops, restaurants and cafes for every taste, narrow streets and courtyards filled with flowers make up the identity of Fiskardo, with the just 189 permanent residents.

Fiskardo got its name from the Norman Crusader Robert Guiscard, who was occupied it in 1085 and had not been able to ever leave it! The Venetians, during their sovereignty of the island, here had built beautiful buildings, preserved until now. Most of the homes in Fiscardo were built in the 18th century and remain as today the architectural character of the era. It is the birthplace of the poet Nikos Kavvadias and so far is rescued his family home, where he spent his holidays as a child.

Fiskardo is located 50 km from Argostoli. The port connects Kefalonia to Ithaca and Lefkada, with frequent, itineraries, especially during the summer months. The beaches of St. Jerusalem, Emplisi and Foki are very close, while in the road to Assos, you will have the opportunity to visit Myrtos.