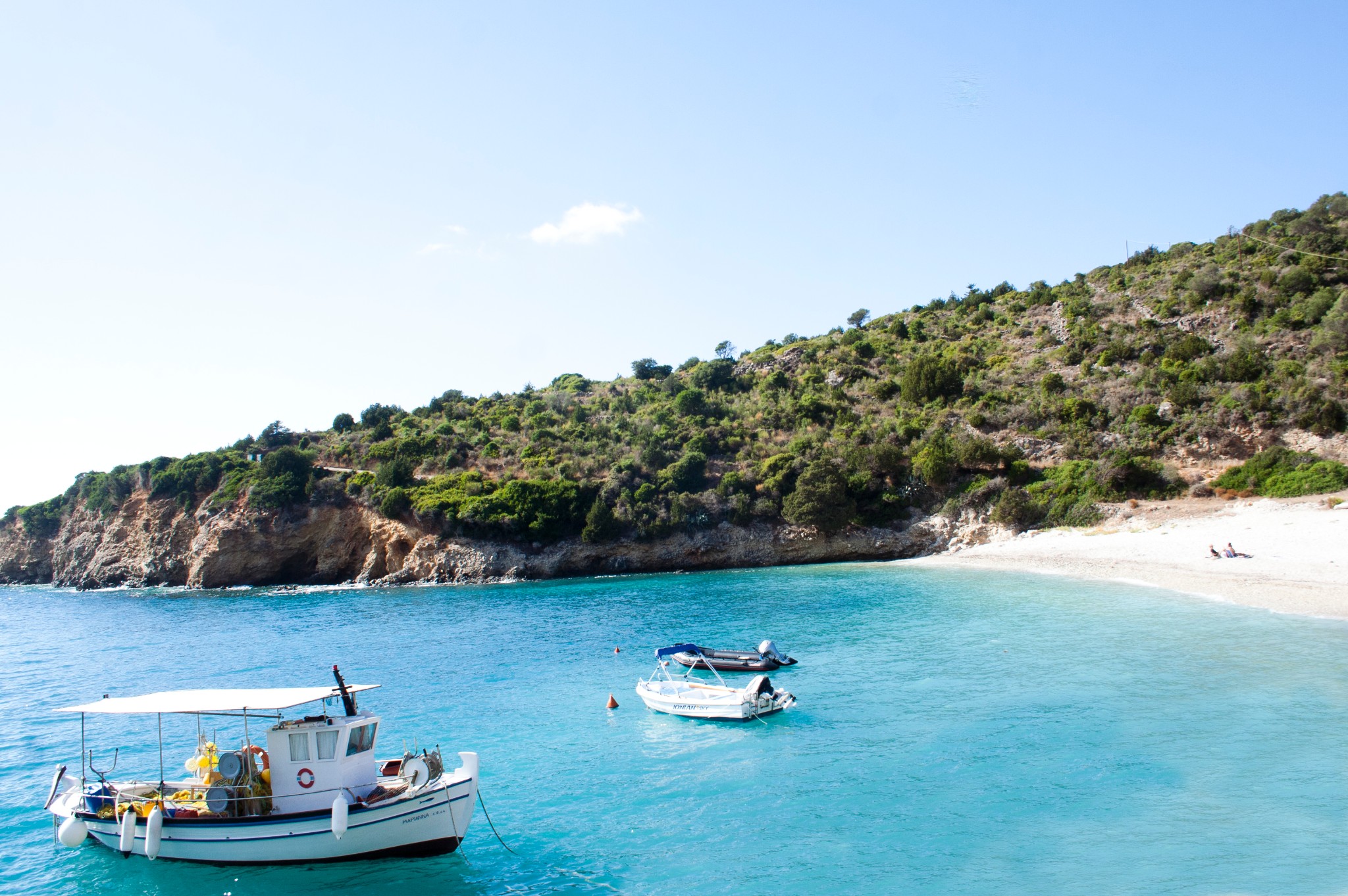 The beach of Agia Ierousalim in Erissos is located five kilometers from Fiskardo. The road to get here starts from the village Magganos – the signs will show you the beginning of the bypass to the nearby sea Alaties and from there continue on to Agia Ierousalim, near the village Chalikieri.

Agia Ierousalim is a “twin”, pebble beach, which is divided into two smaller by some rocks. The nature around is green and the waters crystal clear and turquoise. ‘Viewing’ west and from here you can enjoy a beautiful sunset. In Agia Ierousalim, there is a tavern that will serve your needs, and it has also sun beds and parasols. Its bottom is rocky, hosts various species of marine life and is ideal for diving.

The small stone chapel of Agia Ierousalim, on the edge of the beach, gave its name to this beach. This was built by the founder of Fiskardo, the Norman Robert Guiscard Crusader, in the 11th century. Two versions of the legend of the death of Guiscard, accompany the region: one that supports the Guiscard, when was seriously ill, asked to drink water from the well of the Agia Ierousalim – which still exists today on the beach – to be cured, without however to succeed it. The other says that he had received a prophecy saying that when he comes in Jerusalem, he will die … As he was a Crusader, he considered that the prophecy is referred to Jerusalem of the Holy Land and he was not in danger, in Kefalonia. But he was died just clicked on the beach, which by then was called Agia Ierousalim.

Agia Ierousalim, at a glance: