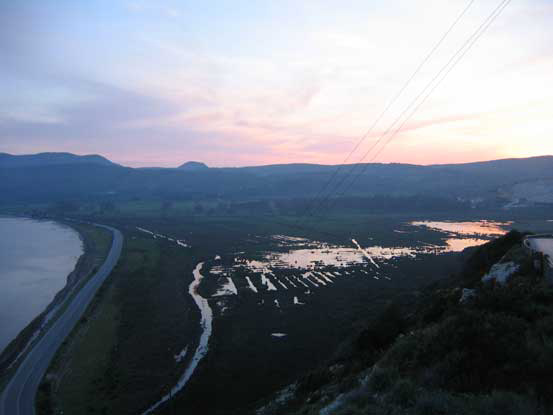 The village Livadi of Kefalonia is located on the peninsula Palliki, at the point where is situated the homonymous wetland. It is a village with about 100 residents, very close to Lixouri, the major city of the peninsula. It has restaurants and cafes, and a small number of tourist accommodations to serve its visistors.

Livadi has beaches easily accessible by road, with shallow waters, clear and cool. Near, there are still Petani, Atheras and Zola, some of the most beautiful beaches of Kefalonia.

The wetland Livadi is one of the most important ecosystems of Kefalonia. It is estimated that here flow into more than a hundred creeks and streams of the region, while it is a shelter for many rare birds. Reeds, rushes and mats encircle it, in an area of ​​about 500 acres.

Near Livadi, is the village Kouvalata and Vlichata. In the area, you can still see the ruins of the Monastery of Our Lady of the Angels, a rural mansion of 17th century, which has been declared as a protected monument and the former rural prisons, which were used until the early 20th century.