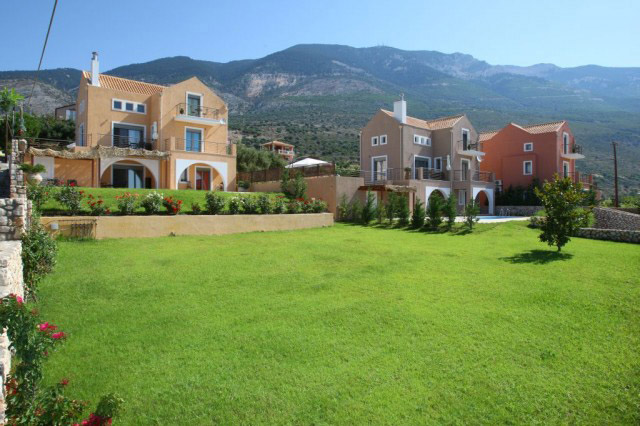 Vlahata is one of the largest and most populous villages of Kefalonia and is located in the southern part of the island. At Kapodistrian division of administration in Greece is belonged to the municipality of Leivatho, which had occupied this part. It has 699 permanent residents, according to the census of 2011 and is located on the main road linking Argostoli, the capital of Kefalonia, with Poros, one of the largest ports in the southeastern end of the island.

The houses in Vlahata are built either side of the main road through the village and they are all after earthquake, since the earthquakes of August 1953 had been destroyed almost the entire village. The only building left standing then – and remains even today – is the church of Vlahata, Agia Marina. On the day of its celebration, which is held on 17th of July, takes place in the village, a large festival with visitors from all over Kefalonia.

Vlahata is built at the foot of Enos, at an altitude of 187 meters. It has endless view of the Ionian Sea and the northern Zakynthos. Nearby is the historical Monastery Sission, which is said that founded from the same St. Francis of Assisi, in his passage by Kefalonia. In Vlahata, belongs also own Trapezaki, one of the most beautiful beaches of Kefalonia.