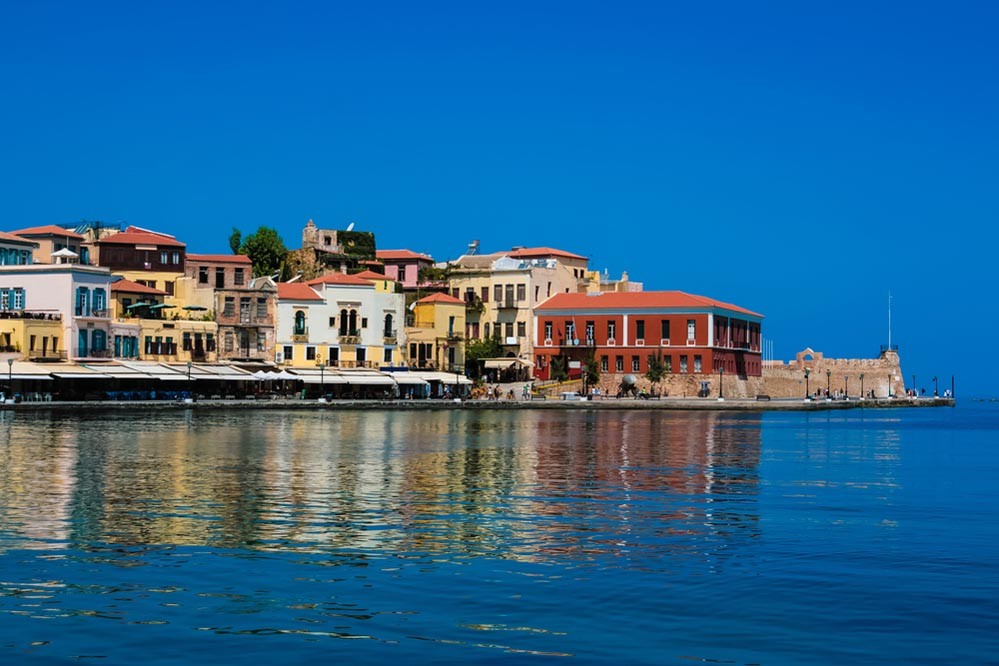 The Venetian port with the lighthouse is a trademark of the city of Chania. Today it attracts many visitors, tourists and locals, mainly during the summer months. Many restaurants, taverns, cafes, bars along the beach offer relaxing hours for recreation and entertainment.

It was constructed by the Venetians, in the years 1320 to 1356. The Venetian port facilitated commerce and the control of the Sea of​ Crete, in the attempt to combat piracy. In the 16th century, due to the perceived Turkish threat, the port was incorporated into the new Venetian fortification projects of the city. Fortress Firka was constructed at the entrance of the port to the west and was enforced by the Bastion of Agios Nikolaos on the jetty of the port. In case of threat a thick chain extending from the fortress Firka all the way to the base of the Lighthouse across the harbor, was raised, closing the entrance of the port.

During the Turkish occupation the Venetian port even though it was a center of commerce, was left to its chances. Only in the years of the Egyptian occupation (1831-1841) repair works were resumed and the Lighthouse was renovated.

From the late 19th century, the Venetian port could not serve the largest ships of the time and gradually was abandoned and in its place the large natural port of Souda was used, which today serves the commercial and passenger traffic of the western Crete.

Places to visit in the Venetian port from west to east:

• The fortress Firka with the Maritime Museum

• The Yali Tzamisi (the oldest Muslim edifice of Crete )

• The Byzantine walls on the hill of Kastelli

• The Bastion of Agios Nikolaos on the jetty of the port