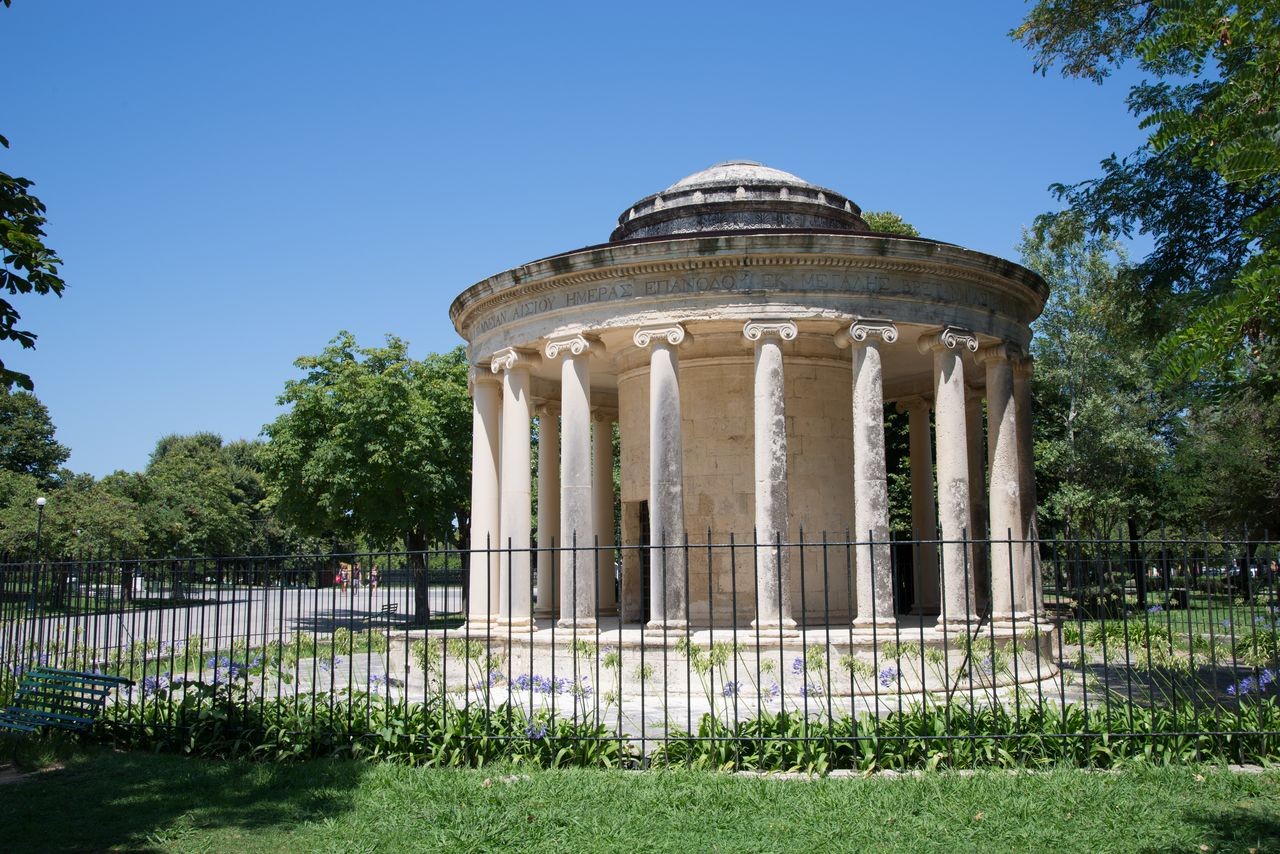 One of the sights  in Spianada  of Corfu is the Maitland Rotunda. It is the circular edifice surrounded by twenty columns of Ionic order and is located in the southern side of the square.

The Maitland Rotunda was built in honor of the English Commissioner Sir Thomas Maitland in 1816. Thomas Maitland is historically known as the cruelest of the English who ruled the Ionian Islands during the English occupation, especially because he was the one who established the Constitution of 1817, while he also pioneered in the selling of Parga to Ali Pasha of Ioannina. The Maitland Rotunda was built by an also English military engineer, Whitmore, whose work is also the Palace of St. Michael and St. George  in Spianada.

The Maitland Rotunda is also known as «Sterna» (water tank) because when it was built, it covered an older Venetian water tank. The two entrances of the monument were intended to serve those who continued to use the tank after its construction.