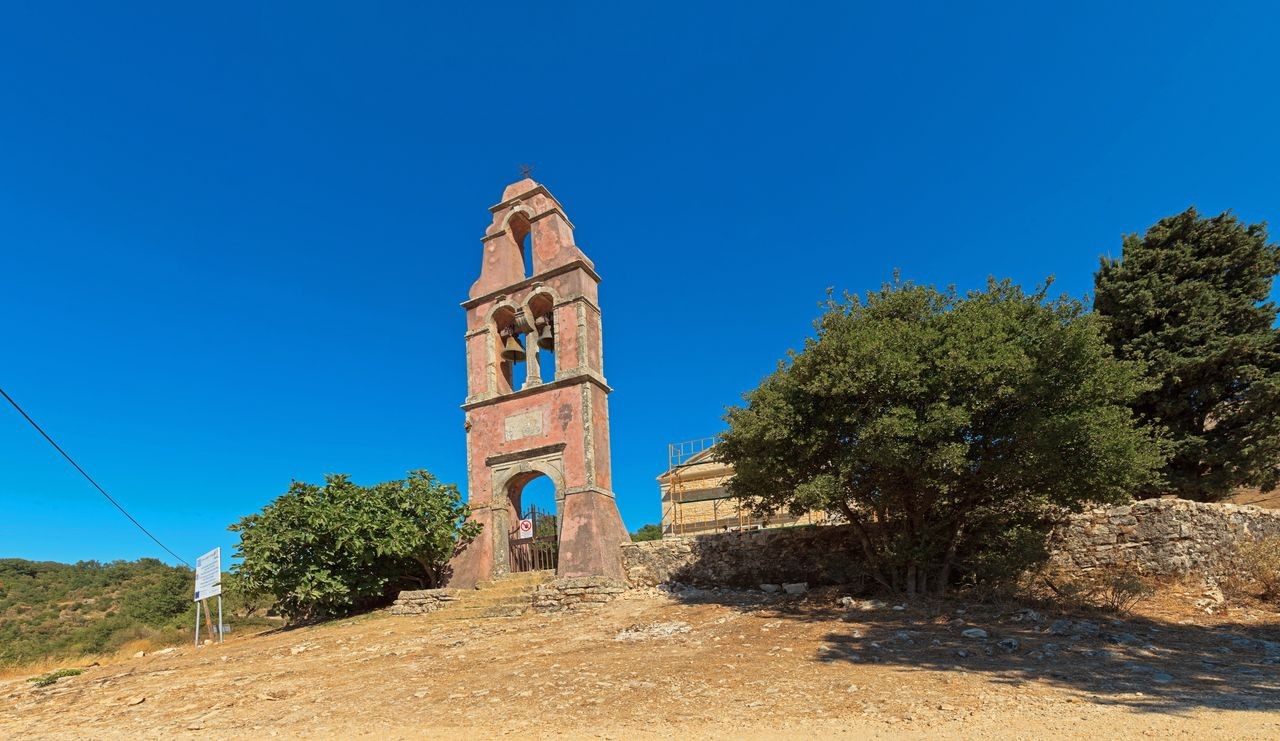 At a distance of eight kilometers from Kassiopi and fifty from the city of Corfu, you will find Palia Peritheia, built at the heart of the mountain of Pantokratoras, the largest mountain of the island. The village, in ruins today, is one of the most valued, architectural ornaments of Corfu, as it maintains an unchanged atmosphere and the art of another period. The approximately 130 houses of Palia Peritheia are made of stone and are built according to Venetian prototypes.

Do not expect to see Palia Peritheia from afar: The village was built during the pirate threat in the Mediterranean and its houses are well hidden in the slope of Pantokratoras, at an altitude of 420 meters. But, as you reach there, in the verdant landscape and to the «ghost – village» of Corfu, it is certain that you will travel back in time, through ruined mansions whose, nowadays «occupants» are wild grass and trees, narrow, stone paved alleyways, numerous churches of Palia Peritheia and of course the unique atmosphere created by the period when the Venetians ruled.

The crimson bell-tower of Agios Iakovos Persis will impress you at the entrance of Palia Peritheia, while it is said that the village was named after the many churches surrounding it in a circular way: peri (around) + theia (holy)= Peritheia. The old school is also architecturally remarkable, while in the square of the village, the Foros (Tribute), you will find during summer and on the weekends, taverns which will offer you delicious Corfiot meals.

Palia Peritheia was permanently abandoned by its inhabitants during the 60s when the last families settled in the seaside, contemporary village and this is why in recent years an effort has been made in order to revive the atmospheric village with the architectural masterpieces made of stone.