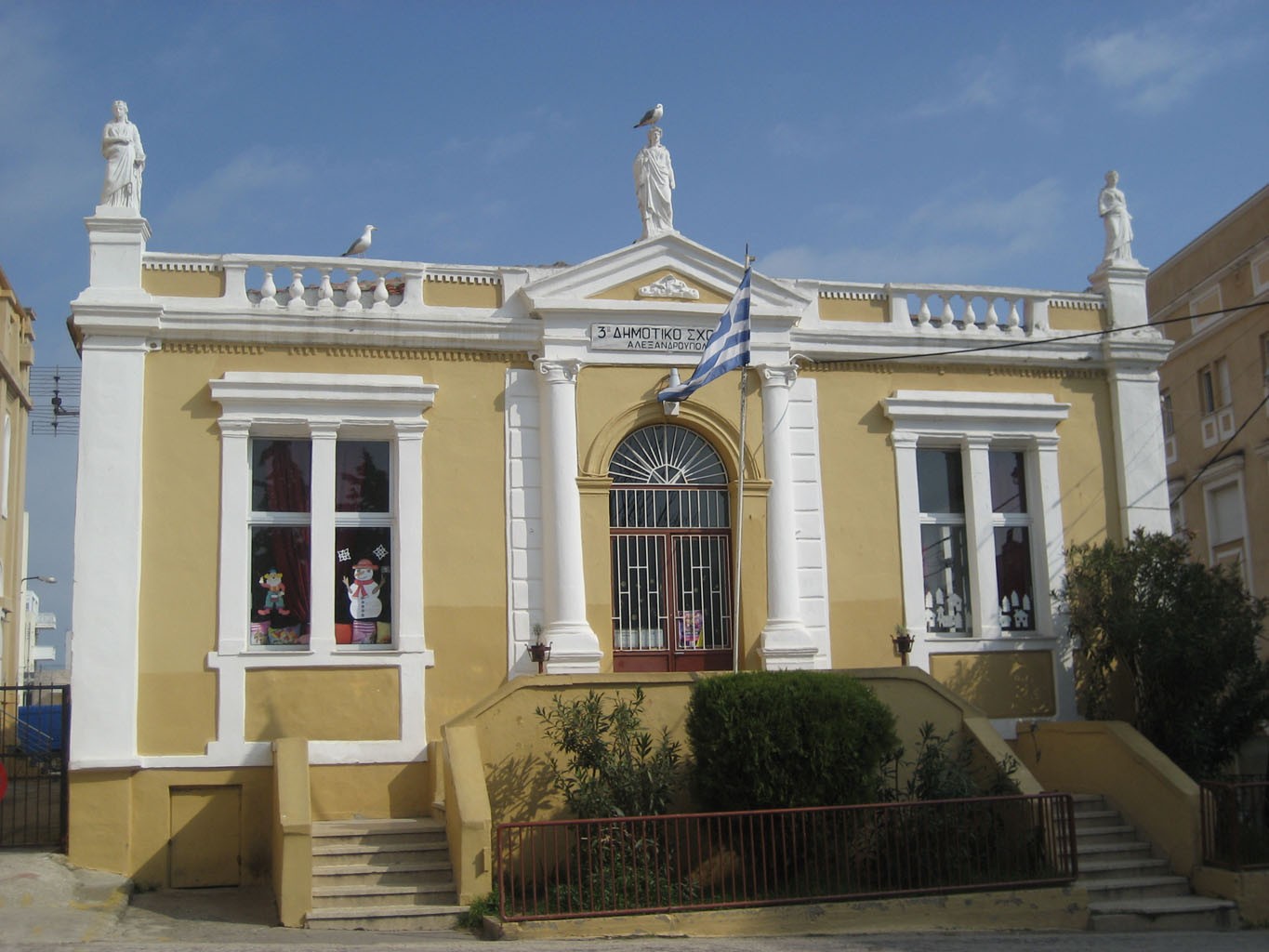 The building of the 3rd Primary School in Alexandroupolis is one of the oldest architectural monuments of the city. It is estimated that it was built in 1880, but as the files have been burnt by the city’s different conquerors, the exact dating is no longer possible. The Sultan’s beneficial decree of 1860, Hatt-i humayun, most likely played a role in the construction of such a magnificent building as school in the city that at the time was just beginning to be created and that was called Dedeagatch.

The 3rd Primary School of Alexandroupolis was built next to the city’s metropolitan church, that is Saint Nicholas, on the Mitropoleos (Cathedral) Square. For many years, since it was created, it used to be the only Greek school of the wider multicultural region of Evros. It included three classrooms and it worked as that until 1901. Then, it obtained three more classrooms and was named Dedeagatch Urban School of Boys.

A little later, in 1909, opposite the 3rd Primary School, it was erected the Leontaridios School, to which the male students were transferred. The 3rd Primary School served for girls until 1904, when the city’s Bulgarian conquerors used it for military purposes. After the liberation of Alexandroupolis in 1920, it reopened as school until 1941, when the German occupation suspended its educational activity.

The building of the 3rd Primary School houses the city schools from 1945 until today, while it was declared a listed building in 1974.