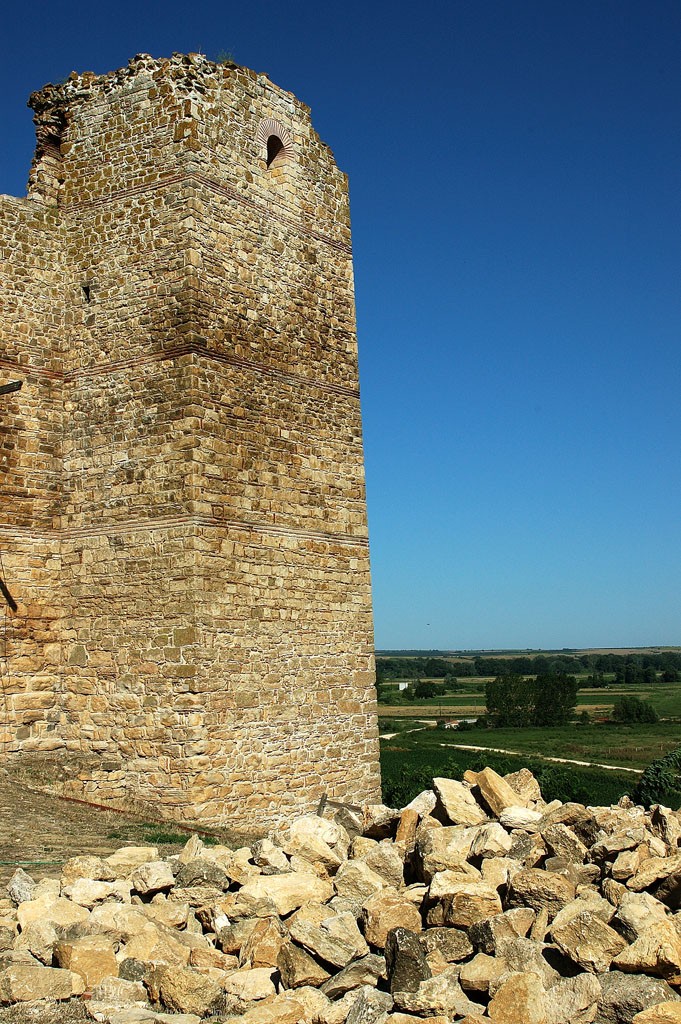 Its central tower still stands grand today and constitutes an important example of military architecture in Greece. The castle of Pythio is built on a low hill of the eastern Rhodope, 14 km away from Didymoteicho. It was established during the first half of the 14th century, on the occasion of the internal disputes for the Byzantine throne: John VI Katakouzenos claimed the empire from the rightful heir, John III Paleologus, and proceeded to the construction of the fortress at this spot so that he can control the plain of Evros.

When it was built, it consisted of two enclosures, an external and an internal, with towers on each corner, while at the merging point there were two central towers that still survive today. The largest of these towers was the residence of the prospective emperor and his retinue and it was three-storey, almost square, with a length of 15 meters. A built staircase on the east side, where the entrance lies, leads to the floors and the roof. The cornices of the third floor are still visible. They were probably supporting the wider fourth floor, which does not survive or was never built.

A big arched entrance is inserted between the two towers and connects the internal with the external enclosure. The second, smaller tower, is also almost square, with a side length of 7,5 meters, while it is preserved at a height of 20 meters. Its four floors are roofed with domes. It is believed that this tower served as defensive, its floors are not connected with each other but they have entrances either from the wall or directly from the other tower. The influence of the western military architecture o the Byzantine one is considered obvious. From the outside enclosure of the Castle of Pythio only a few parts survive today, among the building of the contemporary village, while the internal one is located on the verge of the hill.