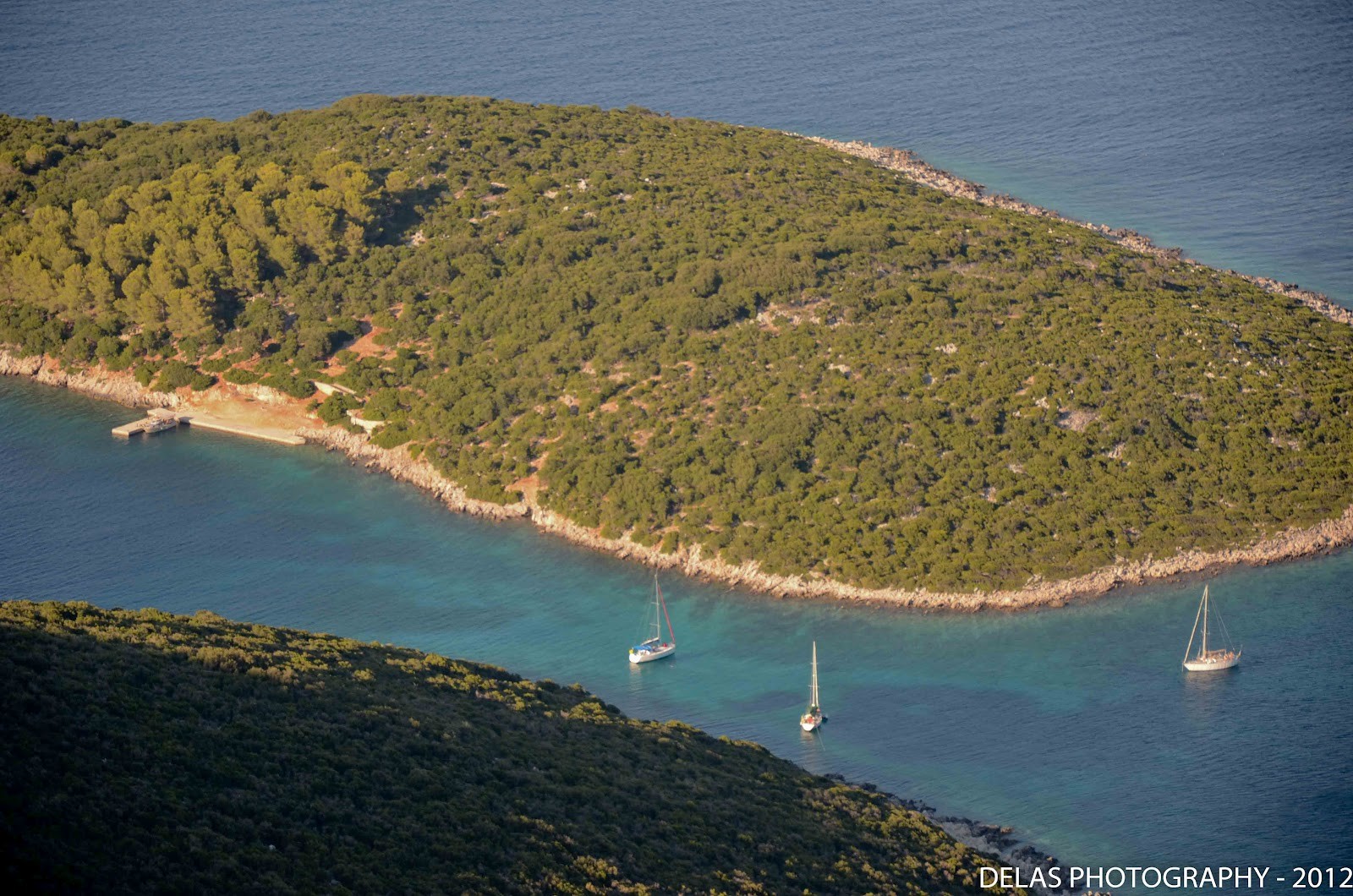 Nisopoulo is one of the small islets of Ithaca and it lies very close to the southeastern coast. It has a dock, that can receive all types of vessels, from the smallest to the bigger ones. The sea between Nisopoulo and Ithaca is blue, while on this side of the island of Ithaca lies a bay with some of the most beautiful beaches: Kaminia, Pera Pigadi, Talaros. They are all covered with pebbles and have emerald waters that attract the visitors, whilst the landscape is lush green. Over the steep coasts is the plateau of Marathias that has rich archaeological interest and some of the most beautiful paths in the region, such as the hike to Virgin Mary in Spilies.

Countless boats are gathered in the narrow passage between Nisopoulo and Ithaca, which either tie up at the pier or anchor at the beaches.

If you do not have a boat, you can enjoy a breathtaking view of Nisopoulo  from the road that leads to Marathias. Some people identify Nisopoulo with the Homeric “Ligia”, that, according to the Odyssey is where Telemachus hid in order to avoid the ambush of the Suitors.

The Nisopoulo is privately owned but uninhabited and you will often find it in the lists of Greek islands for sale, by the largest real estate offices worldwide.