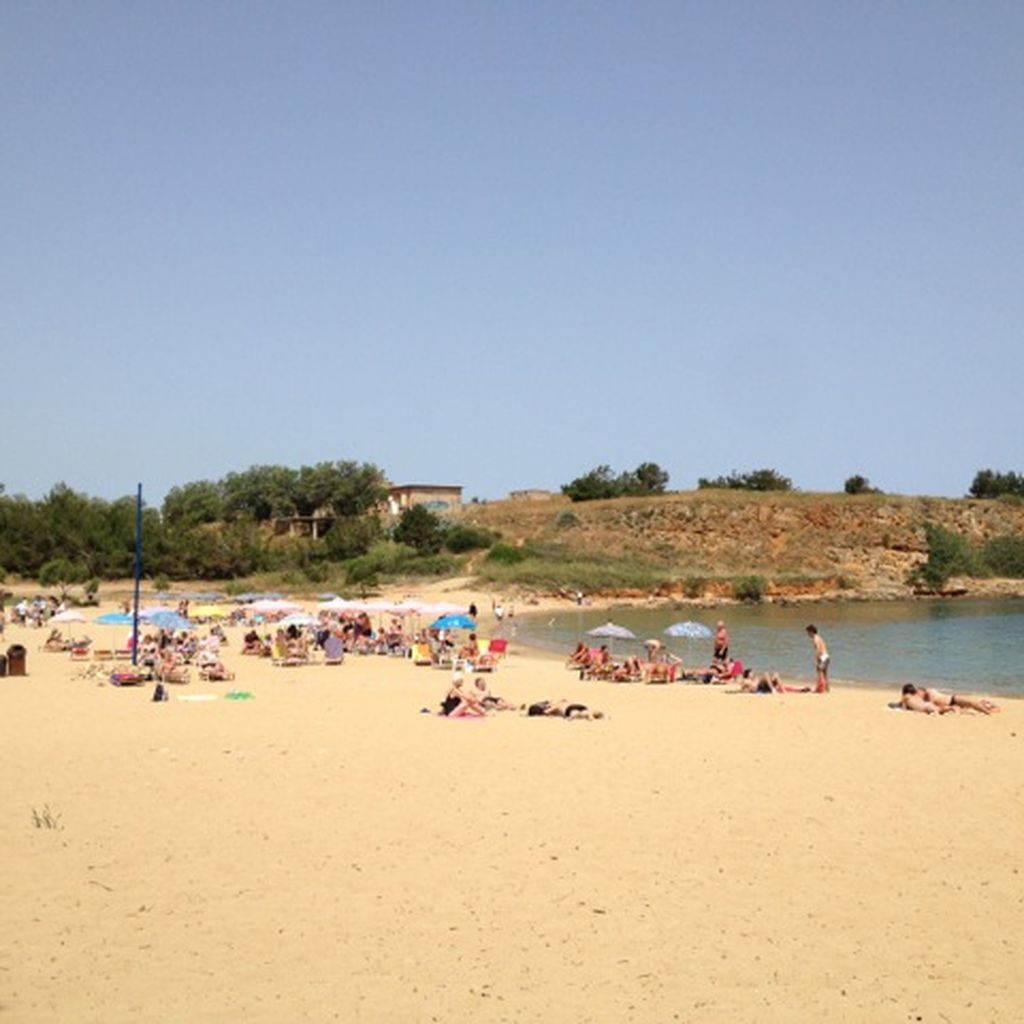 Aptera Beach is located four kilometers west of the city of Chania, near the popular beach of Chrysi Akti, separated by a small rocky hill. It is a beautiful golden beach more isolated than Chrysi Akti and less organized.

Aptera‘s distinctive trait is the ruined building old hotel “Aptera” that rests on the sand and was abandoned by its owners due to debts in 1999.

The beach is suitable for those who want to enjoy swimming in a place with relatively few people, near Chania.

The entire surrounding area up to Agioi Apostoloi, is full of small parks with pine and eucalypti. You can access Aptera and Chrysi Akti either by bus from Chania or on foot.

In the region of Aptera once stood the ancient homonymous city that flourished during the 8th century BC. Ancient Aptera was an important city-state of Crete, and now a large part of its walls, temples and public buildings are still preserved. Very close to Aptera lie also the Turkish fortress “Paleocastro” and the later fortress “Itzedin”.