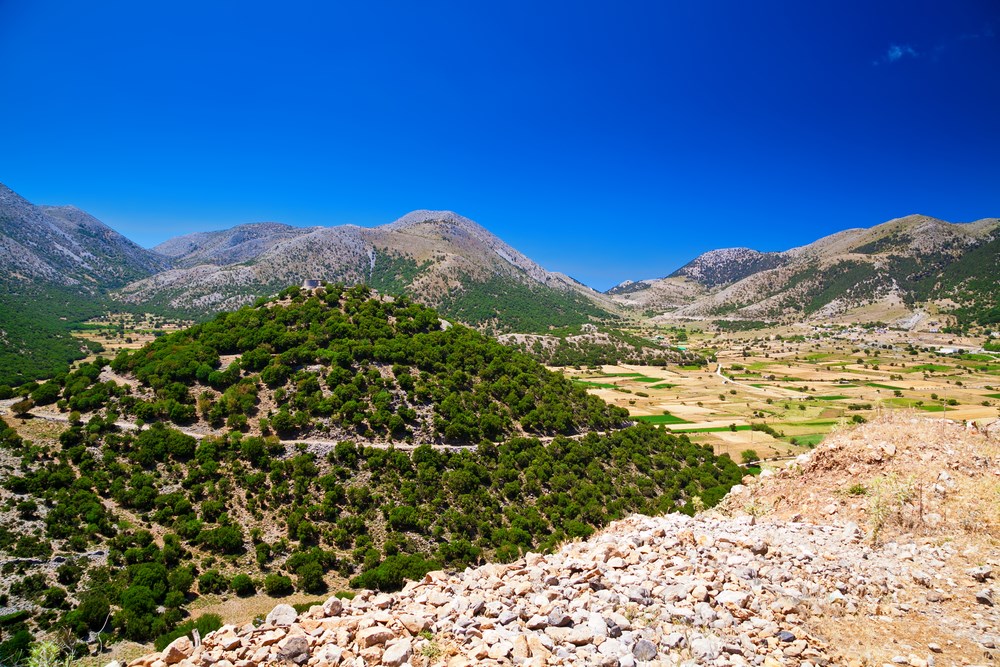 Plateau Askyfos is located 47 kilometers south of the city of Chania in one of the most beautiful areas of Crete, at an altitude of 1,200 meters. Many compare the plateau with a lake and its name comes from the ancient Greek paraphrase “Skyphos” meaning cup, because of its shape.

On Plateau Askyfos, there are four small villages with few inhabitants, who are mainly engaged in farming. Some deal with tourism as the plateau is crossed by the main road that connects it with Sfakia. There you will find traditional taverns and lodging and some big farm houses.

On Plateau Askyfos – next to the village Goni – there is a large hill on top of which stand the remains of two Turkish castles. Kouledes of Askyfos, as they are called, were built by the Turks in the late 19th century to control the passes to Sfakia.

The southern end of Askyfos starts the Imbros Gorge. Alongside the gorge passes the main road to Sfakia. An alternative route you can take is to drive through the village Asfendos to the village Kallikratis and then follow the path to Frangokastelo that goes alongside the Gorge Kalikratis.

A few kilometers west of the plateau Askyfos two smaller plateaus are formed, of indescribable natural beauty. The first that you will encounter on the mountain road, which starts from Askyfos, is called Tauri, while the second is called Niato. In Tauri you will admire the towering peak of Kastro, at 2,215 meters.

A visit to the village of Kares is worth your while, as well as the small War Museum that was created by George Hadjidakis, who collected hundreds of different types of arms and weapons that were mainly used in the Second World War.