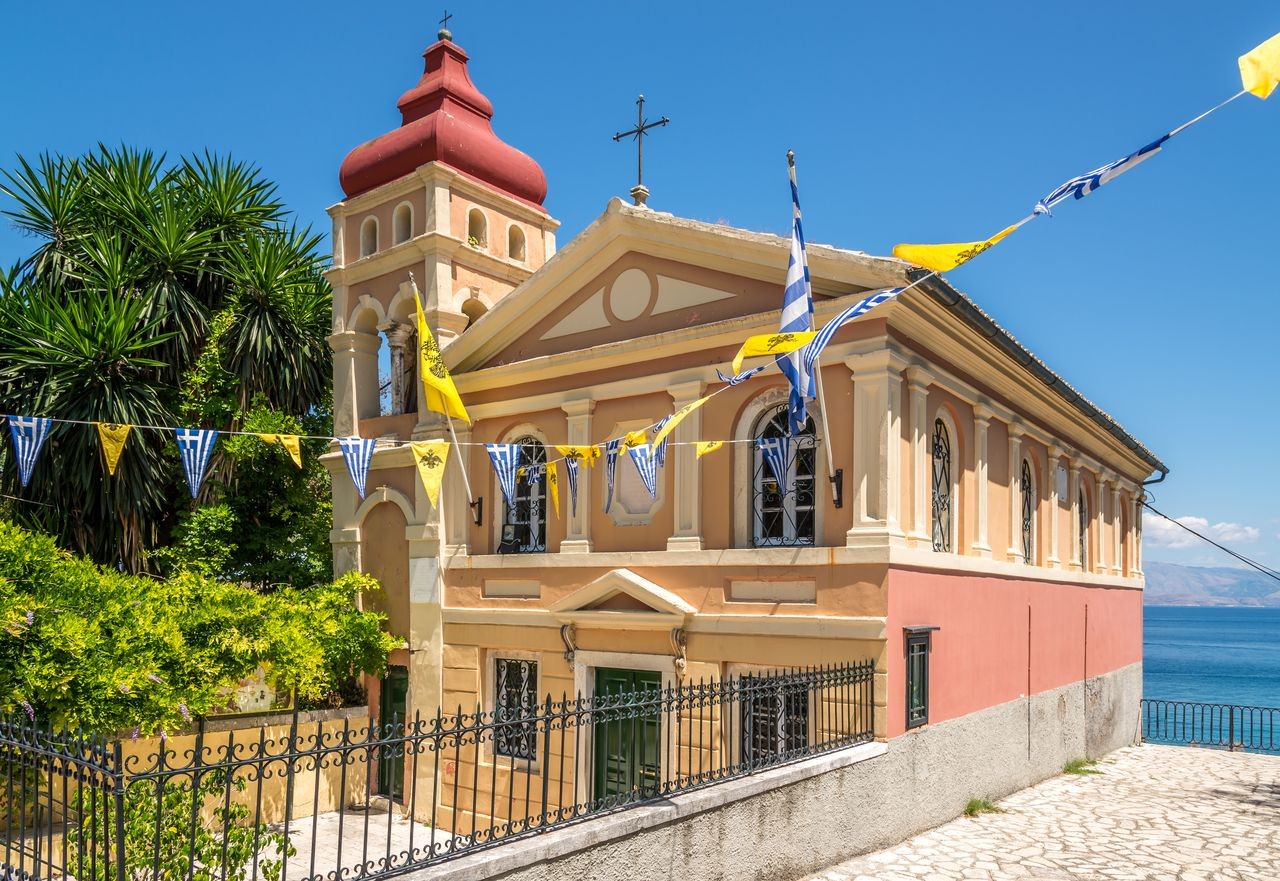 Panagia Mandrakina of Corfu is situated between Boschetto Garden and the Garden of the People, in Spianada . It is a small, orange-red chapel with an elaborate bell-tower that stands out in the trees of the two gardens.

The identification of Panagia Mandrakina comes from Mandraki which is the harbor of the Old Fortress  of Corfu situated just behind it. It is common that it is also called Panagia of Mandraki for the same reason. It is dedicated, apart from Panagia (Virgin Mary) to Agios Panteleimonas, while according to historical references it was built during the 18th century. However, Panagia Mandrakina took its present form in about 1950, when it was restored after the serious damage that was caused by the bombardment of Corfu in World War II.

The exterior appearance of the church of Panagia Mandrakina is symmetrical and ends up to a pediment. Its impressive bell tower, which adjoins to the building, is quadrangular and of castellated form, while its crimson end is characterized by its distinctive technique.

The Panagia Mandrakina is preferred by the faithful for weddings and baptisms because of its uniqueness, and afterwards its small yard, located just below the street level is full of people!