The statue of Schulenburg 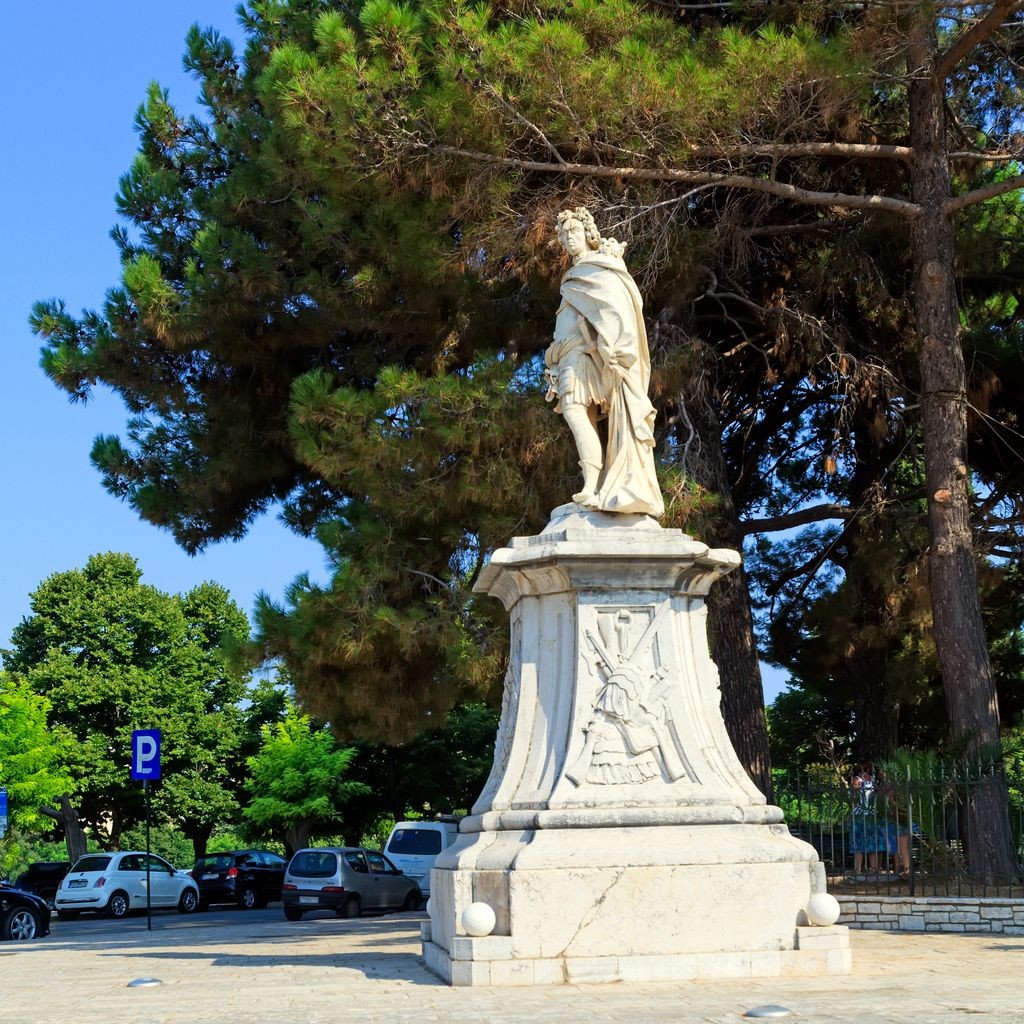 A statue of white marble, the statue of Schulenburg, is among the artworks which decorate Spianada, the large, famous square of Corfu. It resembles the German general Mathias von Schulenburg (1661-1747) who served on the island as a commander at the end of the 17th century and the beginning of the 18th century. He was the chief of the army of the Corfiots during the siege by the Turks, in 1716, when 5.000 soldiers stood up against 30.000 invaders.

The Venetians who, were then the masters of Corfu, erected the statue of Schulenburg, while, the general was still living, a very rare decision which proves this man’s greatness.

At first, the statue of Schulenburg was placed inside the Old Fortress of Corfu, next to the Venetian clock. According to the tradition of Corfu, the statue of Schulenburg was one of the few which remained intact in the fortress the night of a severe storm, with successive lightning striking upon it in 1718. Then in its base a sign was placed that wrote «Intacto Flumine Laurus» which means «Laurel intact by fire». Subsequently, the English conquerors moved it outside, in Spianada, close to the entrance of the Fortress.

The statue of Schulenburg is the work of art of the Venetian sculptor Antonio Corradini. It was made of white Carrara marble and presents the field marshal dressed as a Roman military on a tall pedestal, laurel-crowned in rococo style, decorated with embossed trophies while he faces towards the city of Corfu which he saved.