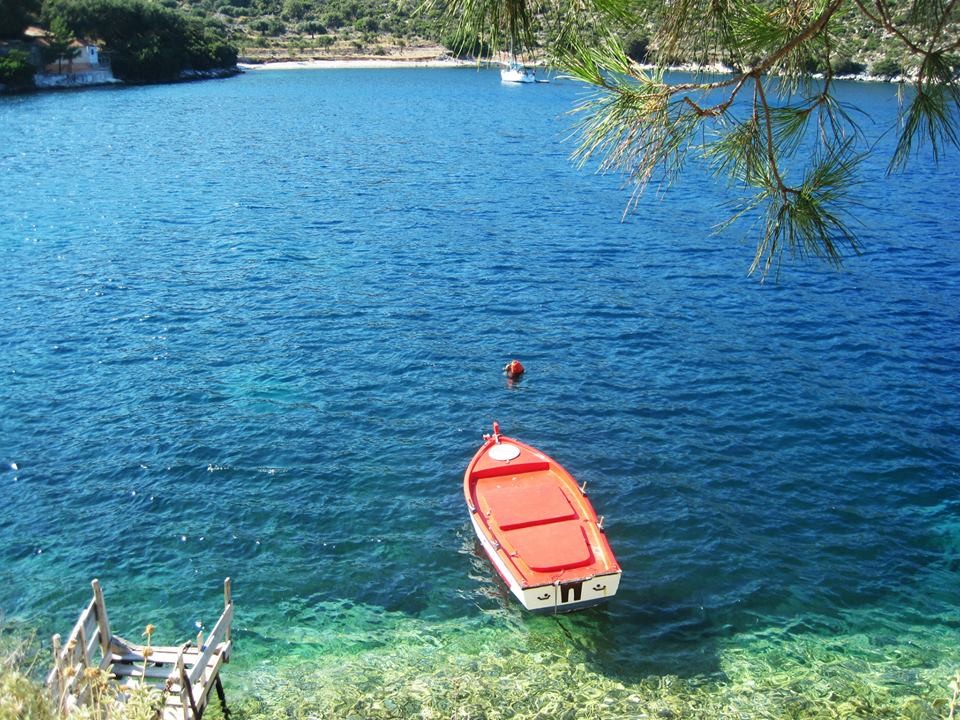 The Gulf of St. Sophia is the beach of the village Komitata of Erissos. Pre-earthquake, is existed a separate settlement, but it was deserted, after the destroying for Kefalonia earthquake, in 1953. On the beach, we see today some houses of the old village can still stand…

Agia Sophia is a pebble beach, with large white pebbles and crystal clear waters. Olives and other trees reach to the sea and offer their shade generously to swimmers. Agia Sophia is not among the cosmopolitan beaches of Kefalonia. It is one of those that the visitor seeks when looking calm and serenity, when he wants to enjoy the sea and its cool, but also a few hours under the hot sun.

The car reaches until to Agia Sophia, which is eight kilometers from Komitata. You will find the way easily, following the direction to Dendrinata – Xiropotamoa – Neohori – Komitata from St. Euphemia. In the village, there is a sign leading to the steep paved road that passes through the dense lush greenery of Kefalonia.

Today, near the beach, there is a canteen, while one of the old houses that are here has been restored and is inhabited. Next to Agia Sophia, there is the beach Chorgota or Chorgwta, where were filmed some of the most beautiful scenes of the film “Captain Corelli’s Mandolin”, in 2000.

Agia Sophia at a glance :