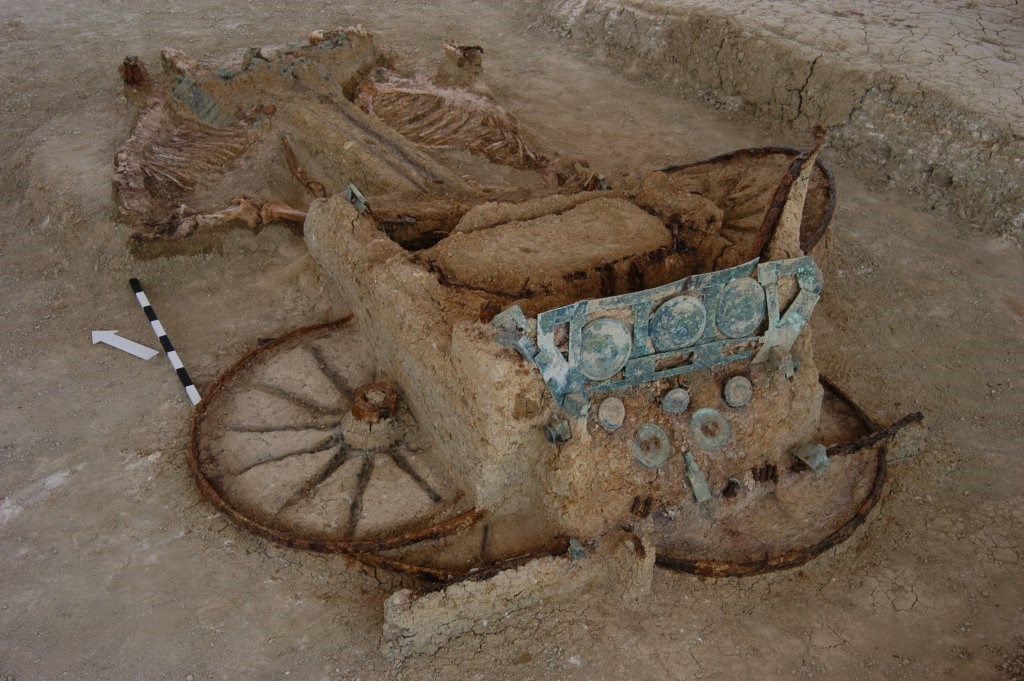 The excavations of the burial tumulus of Doxipara began in 2002 and brought to light four cremation pits, which contained residues of incineration of two middle-aged men, a young man and a young woman. In these pits of the burial tumulus of Doxipara it was also discovered a number of objects that accompanied the dead to the other world, according to the traditions of this time; clay and bronze pottery, lamps and lanterns, weapons and jewelry are among the findings.

What makes the Burial Tumulus of Doxipara important is the discovery of five carriages, buried together with their five horses around the tumulus. Such findings have been found in Asia and Europe, but it is the only example in the Greek area. These were four-wheel carriages that were used for the transport of the dead to the spot of incination and burial, while each one is a little bit different from the others.

From the carriages found at the burial tumulus of Doxipara, they are preserved the metallic functional and decorative elements, while on two of them they are also preserved the imprints of their wooden parts.